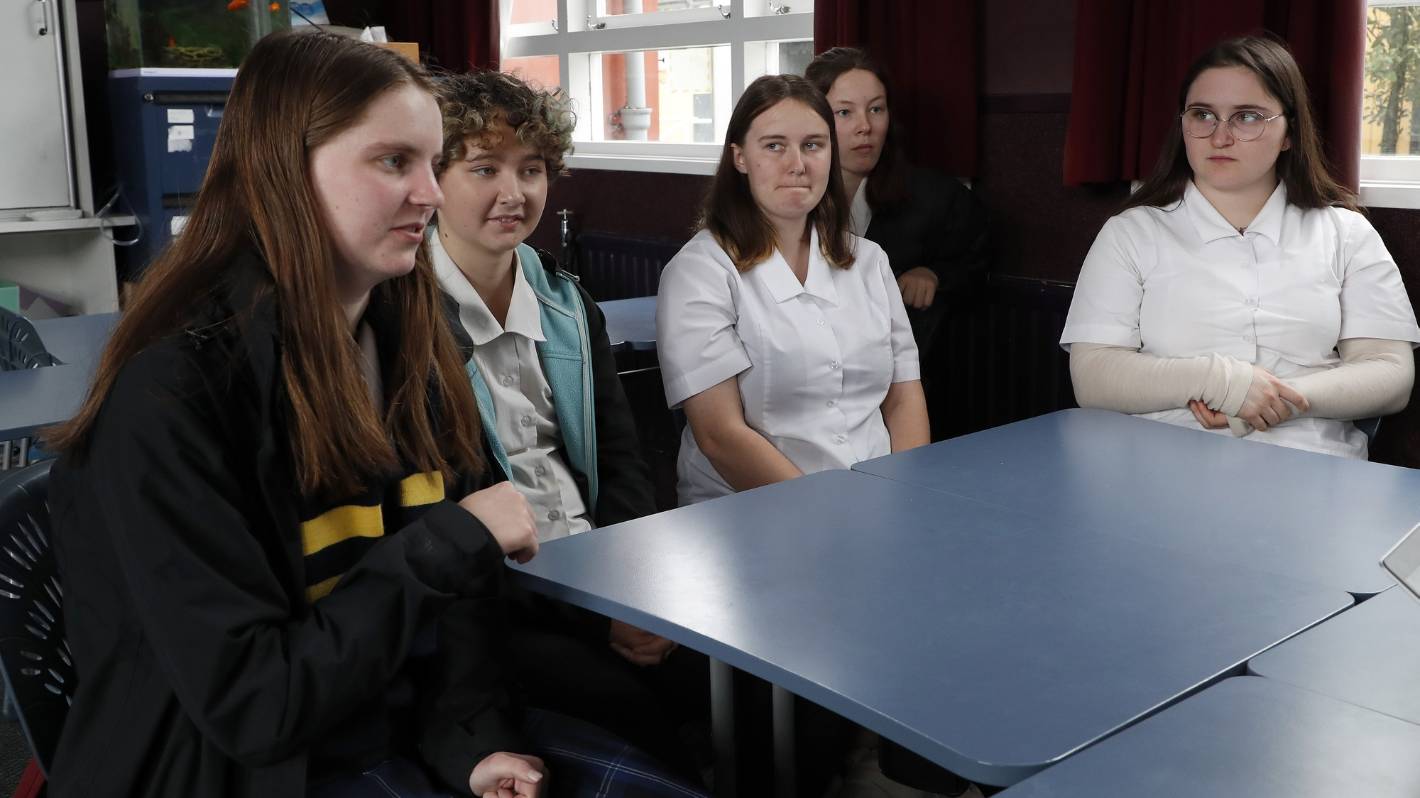 Teenage drama students have hit back at claims that Shakespeare is irrelevant to contemporary Aotearoa following a shock funding cut from Creative NZ.

Teenagers get a hands-on knowledge of many of the Bard’s plays through annual festivals and workshops run by the Shakespeare Globe Center NZ (SGCNZ) which are free for students like them thanks to funding from Creative NZ.

But the national arts funder refused to fund the center’s next three years, saying the organization seemed “quite paternalistic”, was “situated within a canon of imperialism” and lacked relevance “in the context of contemporary art in Aotearoa”.

Marlborough Girls’ College year 12 student Leander Mason, who played transgender woman Romeo at the National University of Otago Sheilah Winn Shakespeare’s SGCNZ festival this year, said it looked like the panel that had turned down the financing had never attended the festival.

“It’s obviously not researched… The majority of our regional entries have been diverse in some way, so to say there’s no relevance is certainly not true.”

Leander was one of 48 students selected for the National Schools Shakespeare (NSSP) production in Dunedin next week, an intensive week-long course culminating in public performances.

Regional coordinator Shalom Del’Monte-Aberhart said Marlborough had a very good strike rate with student selection. Over the past 21 years, 15 students have been selected to join the NZ Young Shakespeare Company to study and perform at the Globe Theater in London.

“And we had 39 in the NSSP. And of those 39, I can name so many who work or have worked in the field – Dan Musgrove, Sam Lewis… Tom Knowles, Dan Rayner.

“So for a small area, Marlborough is punching well above his weight. And that’s because people in this area are getting so enamored with Shakespeare, through these competitions,” Del’Monte-Aberhart said.

She found the reasoning for the cut in funding “bizarre”.

“Much ado about nothing, it’s about reputation and appearance…all of that is incredibly relevant to today’s society, where you are how you appear on social media.

“One of the best versions of Anthony and Cleopatra I have ever seen was by Maori students…where Cleopatra was a Maori chief and Anthony was a coloniser…I saw Troilus and Cressida in te reo… I don’t. I don’t know how much more relevant you can be in the context of Aotearoa.

University student Lu van Asch said she was “livid” about the news because she feared the festival would go ahead if schools or students had to bear the cost.

“I was really angry and upset to hear the news about this…there aren’t many opportunities for us at Marlborough, and Shakespeare is a huge thing for us…I have some made so many friends.”

Former Marlborough Boys’ College student Sam Lewis said the festival was a great stepping stone on his path to studying at Te Auaha in Wellington, where he would soon graduate as an actor for the stage and screen.

The 20-year-old had also co-founded the Awkward Theater Company and performed in professional shows such as Death and Cereal which he co-wrote, co-directed, co-produced and co-starred at the Wellington Fringe. Festival.

Lewis was one of 24 national finalists selected for a two-week workshop at Shakespeare’s Globe in London in 2019, delayed by Covid-19 until July this year.

“It was absolutely fantastic, two weeks of intensive training with industry professionals, we had a very good director and we got to play at the Globe Theatre. It was a dream come true.”

Tutakangahau Teepa, the Warden of Te Wharekura o Mauao of Tauranga, will travel to London next year to perform on the famous Shakespeare Globe stage.

Lewis said he was really disappointed with the decision, as well as the reasoning.

“And not having enough diversity is so wrong. The number of acts that had Maori elements, or queer stories… I judged the regional festival this year with one or two tracks that were heavily coded queer, and the people within them were able to make their queer voices heard, and that’s a really powerful thing to see.

“In high school there weren’t a lot of opportunities, at least in Marlborough, to go out and do directing and be pushed into the arts. For us, that was the Shakespeare festival.

If the costs were passed on to students, there would undoubtedly be some students who could not afford to participate, Lewis said.

Arts Council President Caren Rangi said the funding was questionable and the reality was that not all applicants could receive money. Creative NZ has been particularly challenged by its reduced financial capacity this year, Rangi said.

It was one of four arts organizations whose long-term funding from Creative NZ was rejected in the latest funding round.

The rejection letter stated that the center would be able to apply for funding under Creative NZ’s annual arts grants scheme, and that it could “do better financially” under this scheme as it had lower criteria.

The agency was working to ensure its investment better reflected the diversity of Aotearoa, said its chief executive Stephen Wainwright. He was also trying to support the growth of Māori and Pacific ngā toi arts.

New Zealand’s Shakespeare Globe Center said the decision was based on “glaring errors, faulty assumptions and adverse interpretations”, and that it intended to appeal the decision via the complaints process. CreativeNZ.

The centre’s board chairman, Paul Foster-Bell, said former students were surprised and shocked by the “ignorant and ill-founded criticism” contained in the rejection letter.

“The real victims will be young people from disadvantaged backgrounds who need the most help to fulfill their potential,” he said.

The center said it champions gender parity, was founded by a woman – Dawn Sanders – and has several Maori and Rainbow members on its board.

The center promotes an ever-increasing number of interpretations of scenes steeped in te ao​ Māori, Pasifika and many other cultures. It also offered performance translations.

The center was founded 30 years ago and more than 140,000 high school students had participated in its events. Shakespeare’s plays were no longer an integral part of Kiwi education, but were still widely studied.