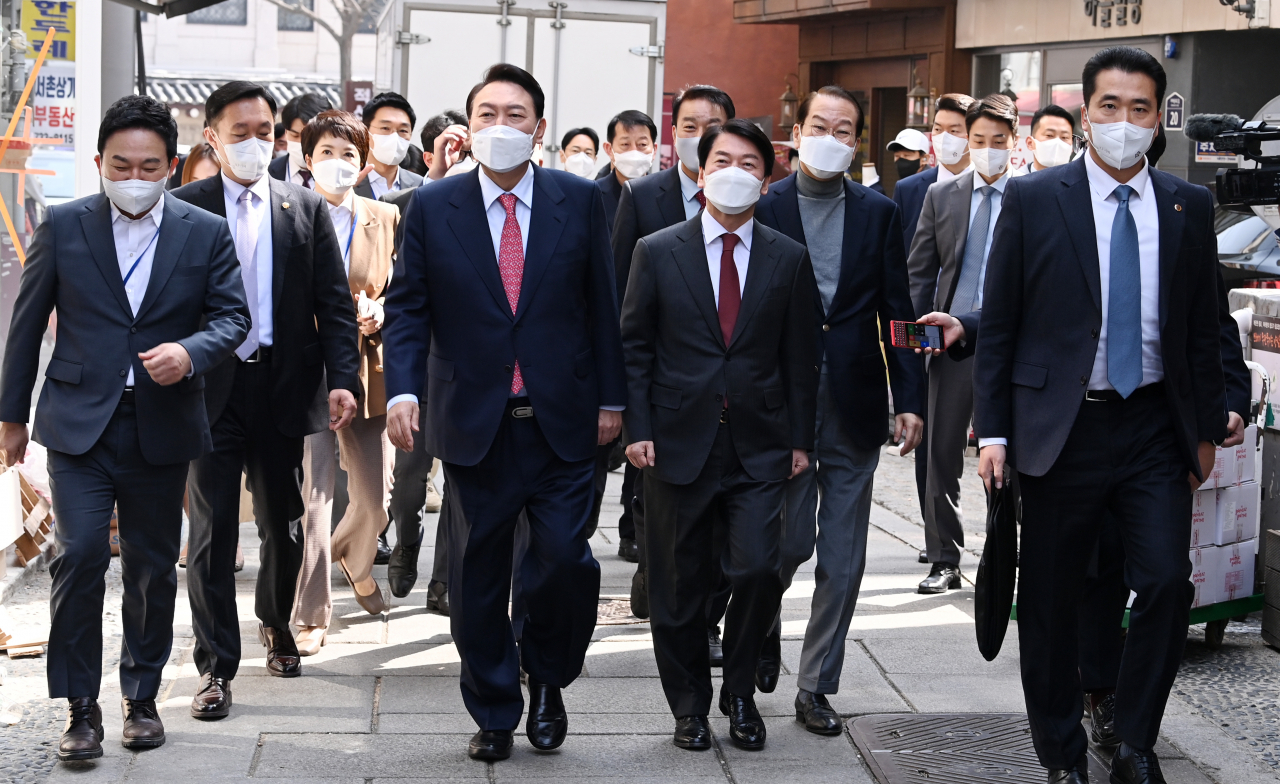 The remaining members of President-elect Yoon Suk-yeol’s transition team were announced on Thursday, including members of the subcommittees for economy and science and three spokespersons.

Lee Chang-yang, a professor of management engineering at the Korea Advanced Institute of Science and Technology, has been named head of the second economic affairs subcommittee, Yoon’s spokesman Kim Eun- said. hye, during a press briefing.

Wang Yun-jong, a professor at Dongduk Women’s University, Yoo Woong-hwan, a former SK Telecom executive, and Ko San, director of the Tide Institute and a former astronaut-in-training, were also named to the subcommittee.

Kim said the science, technology and education subcommittee will be led by Representative Park Sung-joong of the main opposition People Power Party (PPP), where he will be joined by Kim Chang-kyung, professor at Hanyang University, and Nam Ki-tae, professor at Seoul National University.

The social affairs, welfare and culture subcommittee, meanwhile, will be led by PPP representative Lim Lee-ja, along with Seoul National University professor Peck Kyong Ahn Sang-hoon. -ran, professor of medicine at Sungkyunkwan University. , and Kim Do-shik, deputy mayor of Seoul, like its other members.

The transition team will have three spokespersons.

Former Representative Shin Yong-hyeon of the minor opposition People’s Party, who aided Transitional Committee Chairman Ahn Cheol-soo when he ran for president in 2017, will serve as the main spokesperson.

With Thursday’s announcement, the transition team has 24 members, a president and a vice president in accordance with related legislation.

The other members were announced earlier, including former vice foreign minister Kim Sung-han as head of the foreign affairs subcommittee.

There are a total of seven permanent sub-committees.

The transition team could be officially launched as early as Friday with a sign-hanging ceremony at its offices, Yoon’s spokesperson said.

Yoon’s grand opening is scheduled for May 10. (Yonhap)

An impact that lasts beyond our lifetime