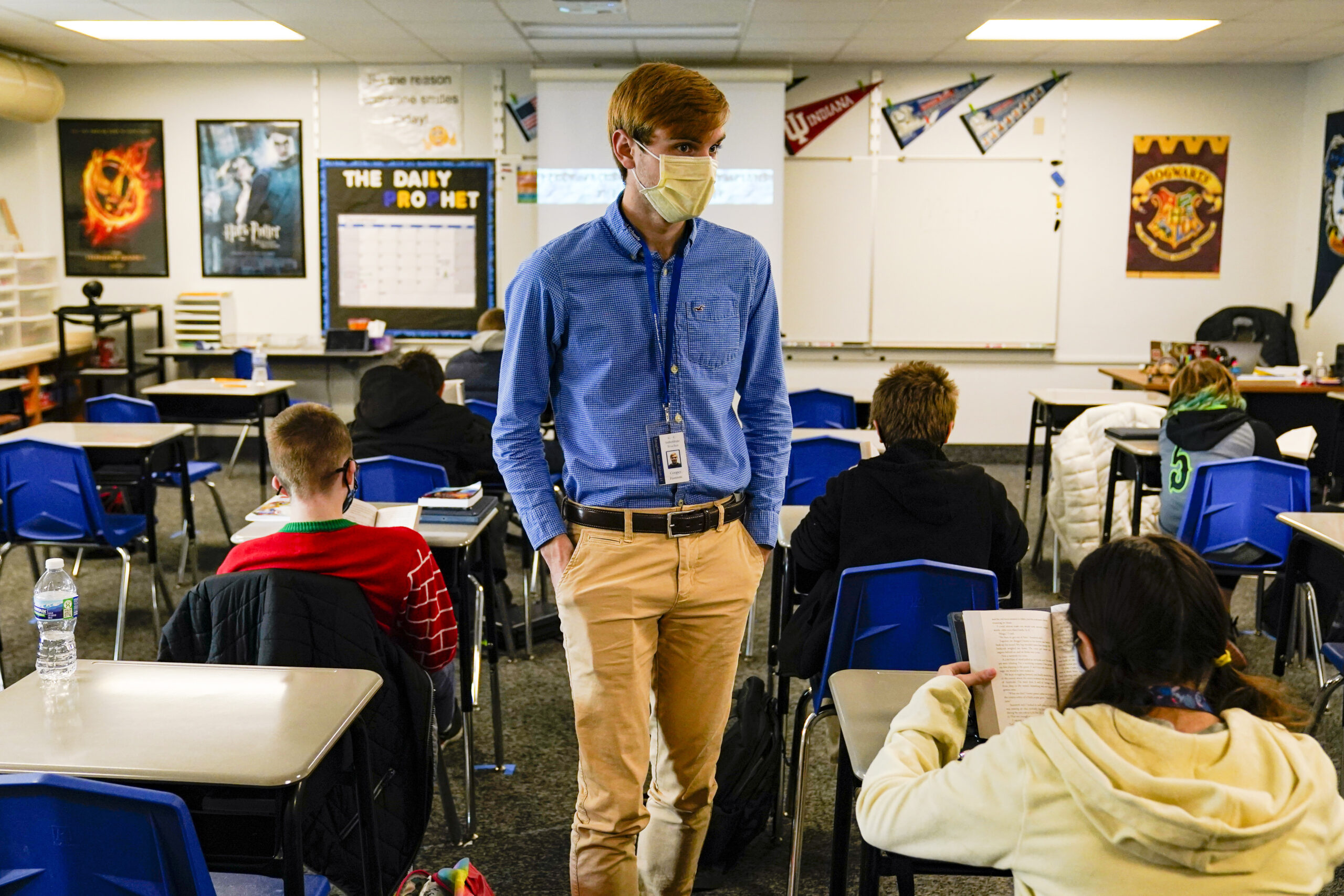 Where are all the substitute teachers?

By Suzanne McLeod and Lawrence Dake

Due to the omicron variant of the coronavirus, many school districts across the country are finding themselves short of teachers, quitting, getting sick or even dying.

Some schools have even asked parents to step in to provide adult supervision in the classrooms. In New Mexico, the governor asked members of the National Guard to serve as substitute teachers.

Normally, schools hire replacements to cover teacher absences. But there are so many teachers with COVID-19 that the demand is much higher than usual.

Substitute teacher pay averaged $17 an hour in May 2020, according to federal figures. Assuming a substitute works as much as possible — seven hours a day for 180 school days — that’s $21,420 a year, or about a third of the national average salary for full-time teachers. It is also below the poverty line for three-person households. Because school vacations are short, people who are regular substitutes may not be able to pursue longer-term work.

As education administrators and school leadership experts, we see school districts across the United States adjusting their requirements and compensation for substitute teachers — all in an effort to keep schools open. despite a large number of sick employees.

Why are there substitute teachers?

With the rise of compulsory education in the United States in the early 20th century and the subsequent emergence of collective bargaining agreements for public school teachers, schools began to need to hire substitute teachers. Contracts often gave teachers a specific number of days for sick leave or personal leave. School districts were required to provide coverage when a regular teacher was absent, either for a short period of illness or for a longer period, such as maternity leave.

In general, states set minimum requirements for surrogates. In Alabama, Colorado, Georgia, Indiana, Iowa, Montana, Virginia, and Wyoming, anyone with a high school diploma can be a sub unless a specific school district has put in place a higher level of requirements. But most states require at least some college credit, and local school boards often set additional requirements, such as obtaining a license in the subject where the person will be working as a substitute teacher.

Contractors are employed in a variety of ways, sometimes through collective agreements with school districts, including formal approval as employees with negotiated pay and working conditions, or as independent contractors, or through external temporary help agencies. Their salary is usually determined by school districts. In general, short-term substitutes, who replace a teacher for about a day at a time, are the lowest paid. Replacements tend to be paid more if they work a certain number of days in a row or if they are hired to fill a longer absence. Salary may also increase depending on a sub’s education level, license status, or previous teaching experience.

Although the national average in 2020 — the most recent year for which data is available — was $17 an hour, the actual wage varies widely by location. Districts in Southeast Maryland and surrounding areas paid an average of $42.13 per hour in 2020. But school districts on the Gulf Coast of Alabama paid $8.35 per hour in average the same year.

What can be done to remedy the shortage?

The standard approach to a labor shortage is to raise wages and other compensation. A school district outside of San Antonio, Texas, has temporarily raised the salaries of its substitute teachers by up to 20%, between $98 and $150 a day, depending on the person’s qualifications.

In education, however, we have more often seen a reduction in the qualifications required for a particular job, requiring a lower level bachelor’s degree or less prior experience. It’s also happening, like in Kansas, which temporarily eliminated the statewide requirement that submarines have at least a college education.

However, our experience as school district leaders has shown us that attracting and retaining substitute teachers requires more than fair compensation.

Often substitute teachers are seen at the periphery of the school system rather than as the central core. For example, alternates are often not included in district events such as professional learning opportunities or district-wide communications. Research has shown that although surrogates are necessary for the continued operation of schools, surrogates do not see the organization as valuing their contribution.

Some replacements, such as retired teachers, may prefer to be more detached from general school operations. But other subs might interpret this distancing as a message that they’re not really part of the school culture. Principals and fellow teachers could greet contractors more directly, greet them, visit their classrooms, and make sure they know where to find a coat rack or fridge for their lunch. Providing substitutes with access to a break room and professional development also helps connect substitutes to the wider school community.

We also think it might be time for schools to consider alternatives to the current replacement teaching model.

Some districts pay regular teachers to replace absent colleagues during planning or preparation times. If this model is implemented correctly, substitute teachers in other classrooms will have existing relationships with students and subject matter expertise.

Binghamton University, where we work, has developed a program called “Substitutes with a Purpose” in conjunction with regional education leaders. This program sets up graduate students in education as substitute teachers, using that time to meet state requirements for classroom instruction.

We have found that this effort helps regional school districts address substitute shortages and helps college students earn money and meet academic requirements. It is also an opportunity for these future teachers to get exposure in local schools, which strengthens their efforts to obtain future full-time employment.

This article is republished from The Conversation under a Creative Commons license. Read the original article.