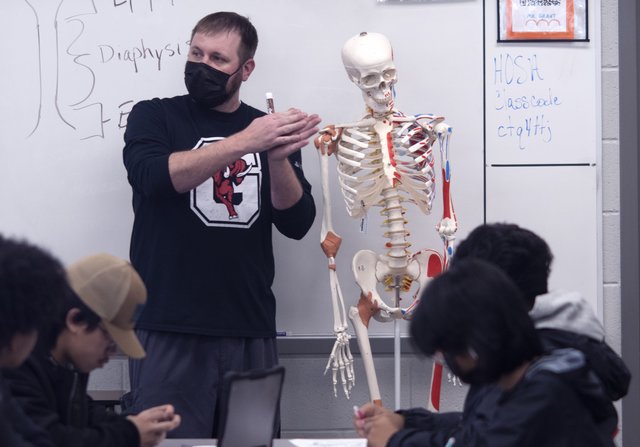 What $6,000 private school vouchers could mean for parents and public school systems

Who could benefit from it?

Opponents say the $6,000 voucher is not enough to cover tuition at most private schools, meaning it would work like a state grant for wealthier families who can already afford private education.

“Those who would benefit are those who can probably already afford it,” said Lisa Harris, a retired Hall County teacher who spent nearly 20 years in the district. For less well-off parents, she says, “it’s like giving a discount on something you can’t afford anyway.”

She thinks the federal government’s overreach, especially standardized testing, has resulted in many students getting a poor education. As such, she generally supports school choice. But she said she would likely oppose the legislation in its current form, in part fearing that cuts in state funding could lead to lower teacher salaries and more overcrowded classrooms.

Leigh Wood, a mother from Clarkesville, said she sees both sides of the issue. She has two children who she says are thriving in the public school system. But her second son, who is on the autism spectrum, benefited from the special needs voucher and flourished after transferring to fifth grade at Faith Christian Academy, a small private school in Gainesville, doing paintings of honor and winning awards.

“He needed a smaller classroom environment,” she said.

She ultimately supports the legislation because it would give parents more options to choose a school that best meets their child’s needs.

“We want to give parents the flexibility to be able to educate their children in the best way possible,” Barr said. “I think it is in the interest of children to give them the opportunity to use the state money currently allocated for the education of their children. Parents know in which environment their children can learn.

Standards and regulations for public and private schools

But some worry about the lack of state and federal protections for students who opt for private education.

“Once funds are transferred from the public school system, the private entity is not held to the same level as public schools,” Williams wrote in a statement. “If we are held to certain accountability structures, it is fair to expect the same since the funds would follow the student. Whether it’s assessment or entitlement to services, we all have to play on the same playing field.

In a letter to the House Education Committee, the Georgia Education Coalition, of which Gainesville City Schools is a part, wrote, “The programs proposed by House Bill 60 and House Bill 999 reduce the ability of public schools to meet their responsibilities to all Georgians and threaten to send Georgian students and taxpayers’ money into a black hole where they risk being lost forever.

Owens said such legislation could “make the world more dangerous for these children”, saying private schools are allowed to discriminate based on income, gender identity, sexual orientation, disability, language, etc. Additionally, private school teachers are not required to be accredited or have a four-year college degree. “It’s more like supporting private schools than empowering parents,” he said.

How can parents spend the money and who is watching?

A “parent review panel” on how the $6,000 vouchers are spent would be made up of eight parents with children in the private school system.

The Student Finance Commission, charged with overseeing the program, could rely on parents to decide whether an expense is legitimate.

Proponents say parents are in the best position to make these decisions, while opponents say it creates a conflict of interest and increases the possibility of fraud.

When asked how they will ensure funds are used for “qualified education expenses,” Rep. Matt Dubnik, R-Gainesville and chairman of the House Education Committee, said the items and services must be purchased from vendors who have been pre-approved by the Student Finance Commission.

The parent review board, Dubnik said, “would review any refund requests.”

Beyond school choice, proponents of vouchers argue that they improve measures of student achievement, such as test scores and graduation rates.

Owens said the research is “mixed”.

State auditors found the Arizona program ripe for fraud, with parents spending $700,000 to buy things like shoes and beauty products.

When asked if this was a concern in Georgia, Barr said, “There will be audits and there will be guardrails in place to make sure these situations don’t happen here.”

The Student Finance Commission would be required to conduct a random audit at least once a year.