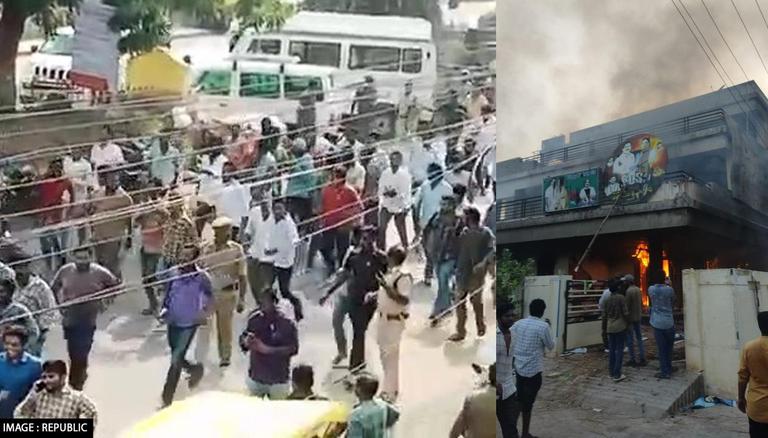 Violence erupts in Konaseema; House of YSRCP MP burned down

Massive protests erupted in Amalapuram town, Andhra Pradesh on Tuesday May 24 against the proposed renaming of newly created Konaseema district to BR Ambedkar Konaseema district. The arson allegedly broke out when police resorted to lathi charges against those seeking to stage a protest near the district collector’s office. Residents also reportedly burned down the residence of YSRCP MP MLA P Sathish.

Several police officers were injured after protesters threw rocks following the lathi accusation. A police vehicle and the bus of an educational institution were set on fire in the city. The office of Transport Minister Pinipe Viswarupu was also attacked.

Andhra Pradesh Home Minister Taneti Vanitha blamed certain political parties and anti-social elements for the arson. “It is regrettable that more than 20 police officers were injured in the incident. We will thoroughly investigate the incident and bring the culprits to justice,” Vanitha said.

The Andhra Pradesh government on April 4 created a new Konaseema district in the former East Godavari. Earlier this month, the administration of Jagan Mohan Reddy issued a preliminary notification to rename the district to BR Ambedkar Konaseema district and solicited objections, if any, from the people.

The proposed name change was opposed by the Konaseema Sadhana Samiti. The Samiti staged a protest on Tuesday and sought to submit a memorandum to District Collector Himanshu Shukla against the name change.

Police attempted to thwart the protest, which apparently angered protesters and ultimately led to arson.