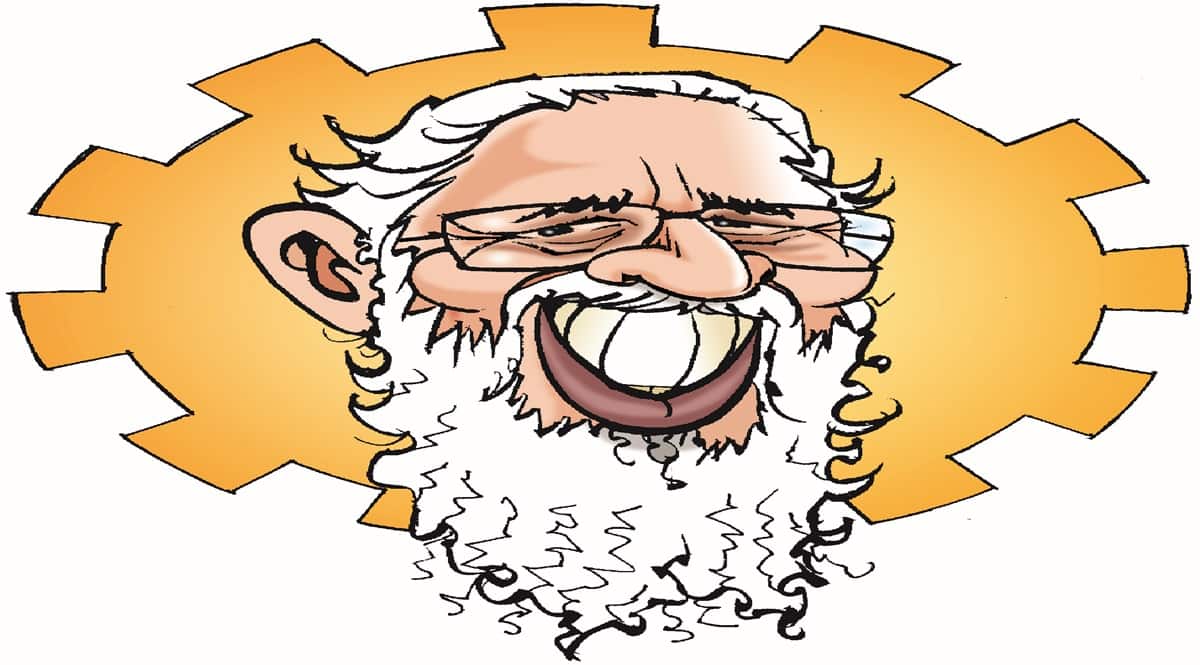 Digital education is a way to reach the excluded – those living in remote villages and mountainous areas – and therefore the digital university can be a game-changer.

The student crisis in Ukraine is a wake-up call to strengthen our educational infrastructure. “We need to develop a large number of high quality institutes in all fields,” says Anil D Sahasrabudhe, President of AICTE. In an interview with FE’s Vikram Chaudhary, he adds that the digital university will be a game-changer by increasing the gross enrollment rate from 27% to 50%. Excerpts:

Why is the “digital university” called a game changer?

The NEP 2020 focuses on increasing the gross enrollment ratio from 27% to 50%. This cannot be done by brick-and-mortar universities alone – an upgrade that requires massive funding and infrastructure upgrades. Digital education is a way to reach the excluded – those living in remote villages and mountainous areas – and therefore the digital university can be a game-changer.

This will be a boon for students from low-income families in remote locations who cannot travel to cities for a good education as they cannot afford additional living expenses apart from high tuition fees. Even if there is a good university in each district, it may be more than 100 km away from a poor village youth in that district, who might not be able to afford transport costs or even school fees. subsistence.

Under BharatNet, internet penetration is deepening and digital is perhaps the best thing that has happened to education. I think in a few years every corner of the country will have internet connectivity.

But these students need inexpensive devices to study online. A few years ago we had the Aakash tablet…

We need a tablet that is connected to the internet and has lots of preloaded content and governments (both state and central) need to figure out how to deliver such devices at scale.

In the 21st century, will the digital university play a role similar to that which IGNOU played in the 20th century?

Yes, his role can be called an expansion of the work that IGNOU did earlier. IGNOU sent study materials to students’ homes and to dispel their doubts, students had to visit “study centers”, where the resources used to be the faculty, library, etc. As part of the digital university, students will be able to get their difficulties solved sitting at home – the library and faculty are all online.

While world-class foreign universities will be allowed to operate in Gujarat International Finance Tec-City (free from national regulations), will they come? Can we learn from the failures or successes of global examples such as Education City in Doha?

The type of operating environment that we are able to provide foreign universities in GIFT City will be important. Also, the living expenses are lower in India than in developed countries, so I wouldn’t be surprised if students from other countries look to foreign university campuses in GIFT to study. The best thing is that in GIFT there will be no regulatory bottlenecks. This will be a model that can be replicated in other locations later based on the success of GIFT City.

Will it be like how the educational institutes have sprung up near Sonepat in Haryana?

Despite all the regulations, universities in this field are doing so well. Now, if universities aren’t bogged down by certain regulations that keep delaying certain processes, they can perform even better.

The government is expanding the “One Class, One TV Channel” channel under PM e-Vidya from 12 to 200 TV channels. Are kids known for learning from TV? Isn’t this a temporary arrangement to reach areas where there is no internet connection?

It will take some time for the Internet to reach everywhere, but television is already here. These channels do not deliver lessons once, but repeat those lessons. I have seen that if the subject is made interesting by innovative teaching methods, students gravitate towards it. TV soap operas are popular because they create excitement in the minds of viewers – what will happen next! – and if we can do the same with knowledge sessions or lessons, students would look forward to them.

Although AICTE does not govern medical education, do you think that the Ukrainian student crisis is a wake-up call to strengthen not only our medical education infrastructure, but also technical? What measures can be taken for this?

Yes indeed. In fact, the wake-up call has been around for more than a decade, with the number of outgoing students in the range of 4-5 lakh and incoming foreign students in India at around 45,000 (ratio 10: 1). Hence, Study in India was launched. The pandemic has also affected many. So there have been warning signs for some time. Ukraine was an even more serious challenge. We must develop a large number of quality institutes in all fields.

What to eat when infected with Covid-19