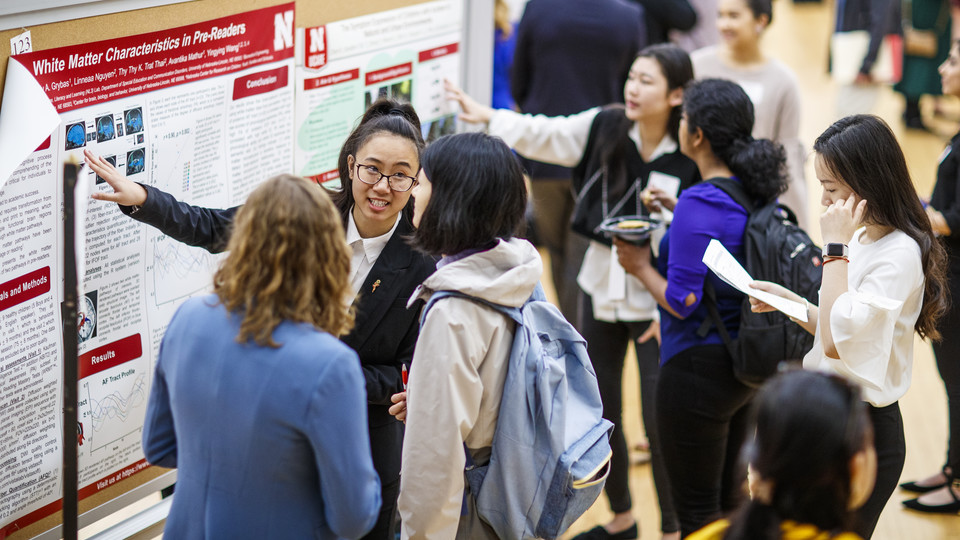 The Office of Research and Economic Development, Office of Graduate Studies, and Office of Undergraduate Research sponsored four poster sessions for students to present their work on April 11-12.

More than 70 professors, postdocs, and graduate students helped judge the posters, and more than 25 people volunteered at the event.

The College of Engineering provided additional funds to winners in their field. The following four students also received their college’s highest honors and monetary awards:

College of Agriculture and School of Natural Resources

College of Arts and Sciences

College of Education and Humanities

10 ways FSU is changing the world