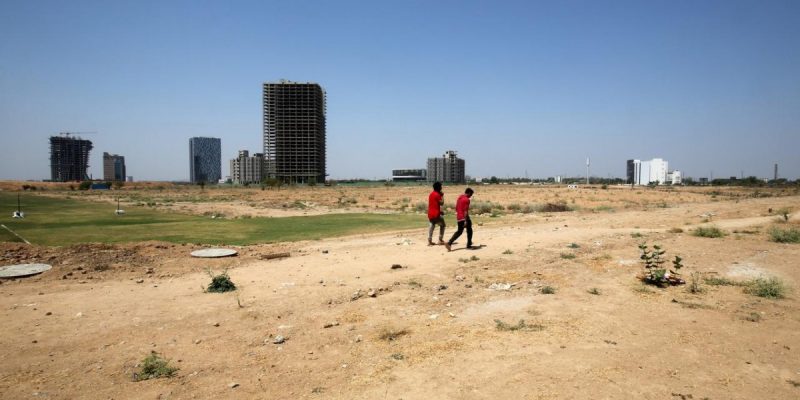 The “Gift” economy of higher education that continues to give

The International Campuses (IBCs) and Offshore Education Centers (OECs), as per the notification, will be set up in Gujarat International Finance-Tec City, Ahmedabad, or GIFT City, an IT-focused business district and finance.

Among the objectives set out in the notification are:

Allow foreign universities to establish international branches in the GIFT International Financial Services Center (IFSC) either on a stand-alone basis or in any other form authorized by the authority;

Allow a foreign educational institution other than a foreign university to establish an OEC in the GIFT IFSC;

To be eligible, in addition to financial stability, “the applicant [the foreign university seeking to set up a campus in India] should have achieved a Top 500 position in the overall world rankings and/or subject rankings in the latest QS World Universities Rankings”. But, interestingly, the institution that creates the CABs does not have to be a university at all, by the standards.

The notification states that “all transactions effected by the IBC or the OEC will be effected only in freely convertible currencies”.

Under the “miscellaneous” heading, the notification has two elements:

All obligations of the parent entity in its home jurisdiction for the conduct of courses or programs in an offshore jurisdiction must be met by IBC or OEC, as applicable.

The parent entity is allowed to repatriate profits, if any, without any restriction.

There are several points of interest in the notification, some of which should stop us halfway in terms of what they may possibly mean for higher education.

A gift from higher education

So, the notification offers the gift of foreign institutions, with their research programs and courses, to Indian students. None of us can argue with the opening of such doors of opportunity, of course, unless we are among those blind ideologues who stress the primacy of the “local” over the “global” (until the ideologues discover, advantage, foreign scholarships to solicit!). So it is indeed a gift of higher education for those of our students who can afford these institutions.

That the quality of education offered by universities in the top 500 QS is rigorous, up-to-date and in line with the demands of the 21st century is also something that we can perhaps expect, being open-minded about these questions. It would be a gift too.

Again, no squabbling about it, unless we’re among those complacent professors who haven’t read a word after their own doctorates (extending the benefit of the doubt, we assume they did read then) and refuse to improve their curriculum because it has “worked so far”, that is, it has remained unchanged since its inception.

With specialized courses and programs in the areas listed in the notification – which ostensibly ignores all social sciences, arts, humanities but retains management, engineering, mathematics – we believe, being open in this regard as well , that we will produce better technocrats, scientists and managerial classes. It is definitely a gift.

A Newscast about the notification, citing people familiar with the matter, noted that the regulations were intended to address some of the obstacles that foreign universities have faced in coming to India, such as fees and administrative control, setting up implementation of the reservation policy and the precondition that they must be a non-profit entity.

Apparently, foreign universities faced “hurdles” in the form of our constitutional arrangements – the control exercised by our regulatory bodies such as the University Grants Commission and the All India Council for Technical Education – and the fact that State-funded universities be a good public agency rather than a profit-making enterprise. Thus, facilitating the education of historically disenfranchised peoples is a so-called “barrier”.

Implementing a fee structure, ignoring the ground realities of Indian student demographics, many of whom are first-generation literates even today, being blind to the urgency of access and equality opportunities for this demographic, prohibit subsidies that are essential allowing a semblance of equality: these are some of the “freedoms” offered to CABs by this notification. Higher education accessible to all then seems to no longer be a national objective.

The regulatory authority for these CABs is the International Financial Services Centers Authority, not UGC or AICTE, which in itself is an interesting decision in the same period that UGC and AICTE are , at least temporarily, under the same president. So, to put it roughly, higher education in these CAB cases will be audited by an accounting agency.

The notification also suggested that our own institutions had failed to provide quality education (never mind that our education is still affordable, subsidized and taking into account our student populations).

The OECs will offer research programs in these same areas which are the flagship programs of our IITs, IIMs, IISERs, some universities and the IISc. Certainly not everything of these “temples of modern India” feature in the QS World Rankings. But many of them are: in terms of citations, research publications and professor profiles. They produced scientists and engineers who now work in the best universities, research centers and commercial organizations in the world.

In the words of the president of india herself said at the recent ITI-Delhi Diamond Jubilee celebrations, “In more ways than one, the story of ITI is the story of independent India. A truer word has never been spoken, we’d like to believe.

So why do we assume that quality education not emerge from our IITs, IIMs and universities, thus necessitating the arrival of OECs without any limits to their freedoms?

Did we assume that our professors, researchers and students could no longer be in the top 500 or become ‘world class’ (if indeed the top 500 is where we want to be)?

Underfunded, over-regulated, with dilapidated infrastructure, poorly trained teachers and outdated curricula and teaching practices, our higher education is heading for extinction. Public institutions, not only in India but everywhere, have traditionally been seen as a “public good”, but are now increasingly seen as a “public threat” by demagogues who want future citizens to be drones rather than critical thinkers.

Instead of investing more time, energy and funds in reviving them and enabling our students to have a better education and skills adapted to the demands of a different world, we are busy “offering” the system to anyone who has the money to set up a CAB.

Whereas studies show that some forward-looking universities seek to ensure better student success rates by changing financial and leadership policies, we seem to assume that the OEC, and the OEC alone, will ensure success, but only for those who can pay a fortune for that.

Are we regulating faculty recruitment to ensure that only the best and most committed enter the system or are we simply seeking to fill vacancies? Is our research program rigorous and up-to-date? And do we religiously implement practices and principles of academic integrity (dare we review the publications of professors, deans, vice-chancellors)?

The most unpleasant question – beyond that of access to these programs in the city of GIFT – is this: are we witnessing a new imperialism in the field of higher education? Related questions would include: Are students from formerly colonized nations being drawn into a new global governance and financial structure through “quality” education? Would this two-tier system create a ghetto for those who enter through the gates of our crumbling public university because they cannot afford the “gift” of the OEC?

The other students would be the alternatives to those who receive the OEC gifts, native but not quite!

The gift, argued the most famous theorist of the idea, Marcel Mauss, enables a social relationship through giving, receiving and reciprocity. In the exchange of gifts, there is a obligation return the favour. In the new imperialism, like Kazuo Ishuguro’s “donors” Never let Me Gowe give gifts to CABs without expecting any obligation from them.

This is the new gift economy of the modern era.

Pramod K. Nayar is a professor in the Department of English, University of Hyderabad.