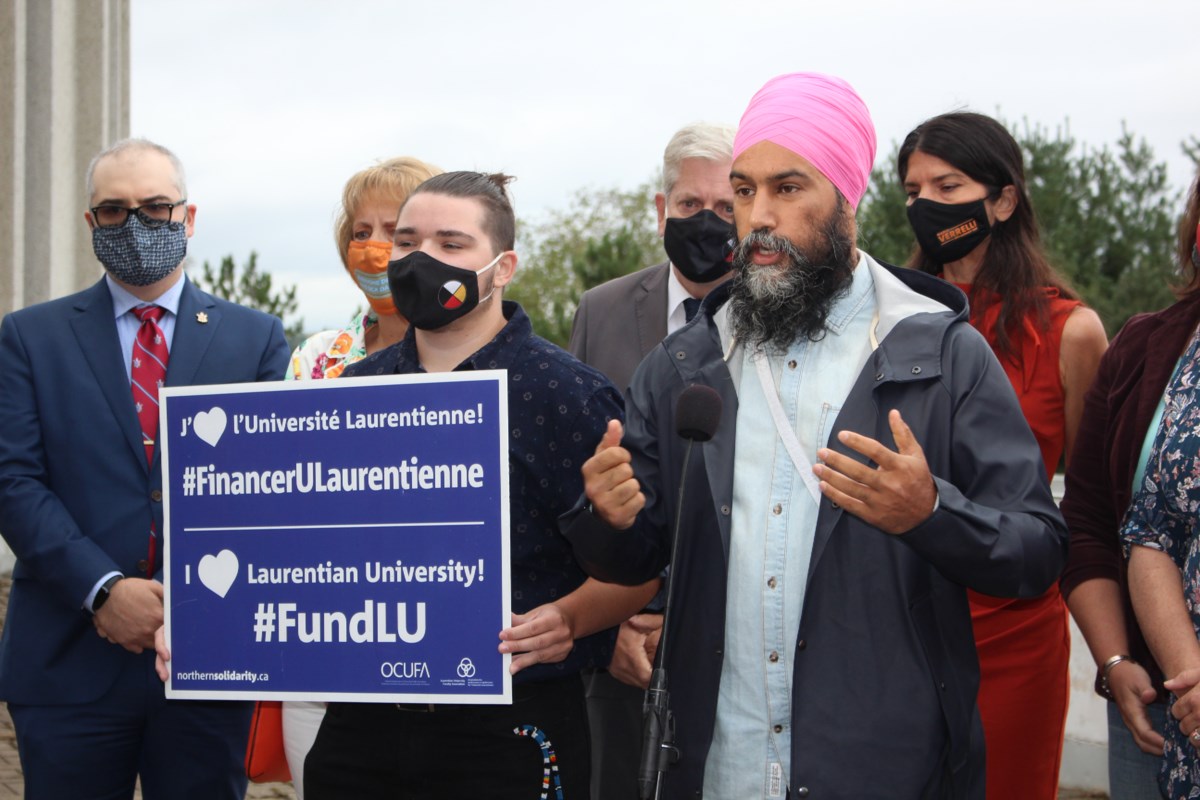 “Federal New Democrats are trying to have their cake and eat it too,” spokesman said

More specifically, for the North Ontario Coalition for a French-language University.

The Coalition wrote to the leader of the federal party to stress how difficult it was to hear that the federal party NPD would support Laurentian as well as the much-sought-after French-language University, because in an August 30 press release, the Coalition said â€œThe model of institutional bilingualism simply does not work for the minority.

The Coalition says it would be happy to see Laurentian University become strong again, but not as a bilingual institution.

“It is high time for Francophones to gain control of their own institution,” said the August 30 press release. â€œThe French-language programming currently offered through Laurentian must therefore be transferred to the University of Sudbury quickly. There is no room for ambiguity. ”

However, Coalition spokesperson Denis Constantineau said the ambiguity was what they received from Singh.

On September 6, the New Democratic Party wrote to the Coalition to more clearly state its approach to francophone post-secondary education.

The message was this; the NDP wrote that it would support an independent French-language university, as well as francophone and aboriginal programs at Laurentian University.

But the Coalition said that was exactly what it did not want, something ambiguous, and in a September 14 statement, Coalition spokesperson Denis Constantineau went further.

â€œBy supporting the creation of a University of Sudbury managed by, for and with Francophones while consolidating Laurentian University’s status as a bilingual and tricultural university, the federal New Democrats are trying to have their cake and to eat it too, â€says Constantineau.

The University of Sudbury, where Singh spoke on August 28, is one of three educational institutions operating on the Laurentian campus that was, until recently, federated with LU and offered courses that counted towards the ‘graduation from Laurentian.

As part of its restructuring, Laurentian ended the federation agreement with the University of Sudbury as well as Thorneloe and Huntington universities in the spring because it wanted to keep government funds and tuition fees in its own coffers. transferred to these schools.

The University of Sudbury is currently working with the Francophone community to become a French-language university, but has not received the necessary government approval to proceed this fall. He also made a similar offer to the Indigenous community, hoping to provide a home for what was the second-oldest Indigenous studies program in the country.

Singh said Laurentian, as well as the University of Sudbury, have an important mandate for bilingualism and access to higher education in French.

AndrÃ©ane ChÃ©nier, federal candidate for the NDP (Nickel Belt) declared that the position of the NDP is to support what the community needs; that the NDP will base its decisions on what â€œthe communityâ€ says it needs.

But also, she believes that it is not for the government to decide how education should be shaped, just how it can be financed.

â€œWe believe there is such a thing as academic integrity and academic freedoms,â€ ChÃ©nier said. â€œUniversities tell us what they want to teach, and it’s our job to make that happen. ”

She said that was the reason for the NDP’s position. ChÃ©nier said that she and her party have always supported the transformation of the University of Sudbury into an autonomous university, “By, for and with”, the francophone population of Northern Ontario.

The letter, written in French, indicates that the NPD party will continue to support Sudbury and Northern Ontario in its reconstruction and will invest in Indigenous and Francophone education (working with communities to determine how the funding should be spent ). In addition, as stated previously, â€œBut we will not give up on Laurentian University’s vision as a bilingual and tricultural institution. In fact, we expect more universities to adopt this mandate.

(But also, neither will we abandon the vision of Laurentian University as a bilingual and tricultural institution. In fact, we believe that more universities should embrace this mandate.)

And although ChÃ©nier also agrees with the support from Laurentian University, she notes that he cannot “go back to what he was.”

Again, ChÃ©nier said the community should decide what happens with any post-secondary institution. Nadia Verreli, the Sudbury NDP candidate, agrees with her colleague.

In its September 14 response to the NDP letter, the Coalition stated that the real problem lies in the total loss of confidence in Laurentian University by the Francophone community in Northern Ontario.

In addition, the Tricultural Committee for University Education in Sudbury, made up of leaders of the Francophone, Native and Anglophone communities, declared on September 9 during its press conference that â€œthe administration and the board of directors of the Laurentians have lost their legitimacy to speak or act on behalf of Indigenous education, Franco-Ontarian education or arts education.

But ChÃ©nier still hopes that if he is elected, community involvement will be what will guide the choices of the NDP.

â€œSo no matter what Laurentian University becomes, it becomes that form by what the community tells us it needs and what it supports,â€ she said.

â€œIt’s not up to us to tell them what to teach, it’s up to us to do it once community engagement occurs. “

Prepare for a career in property management