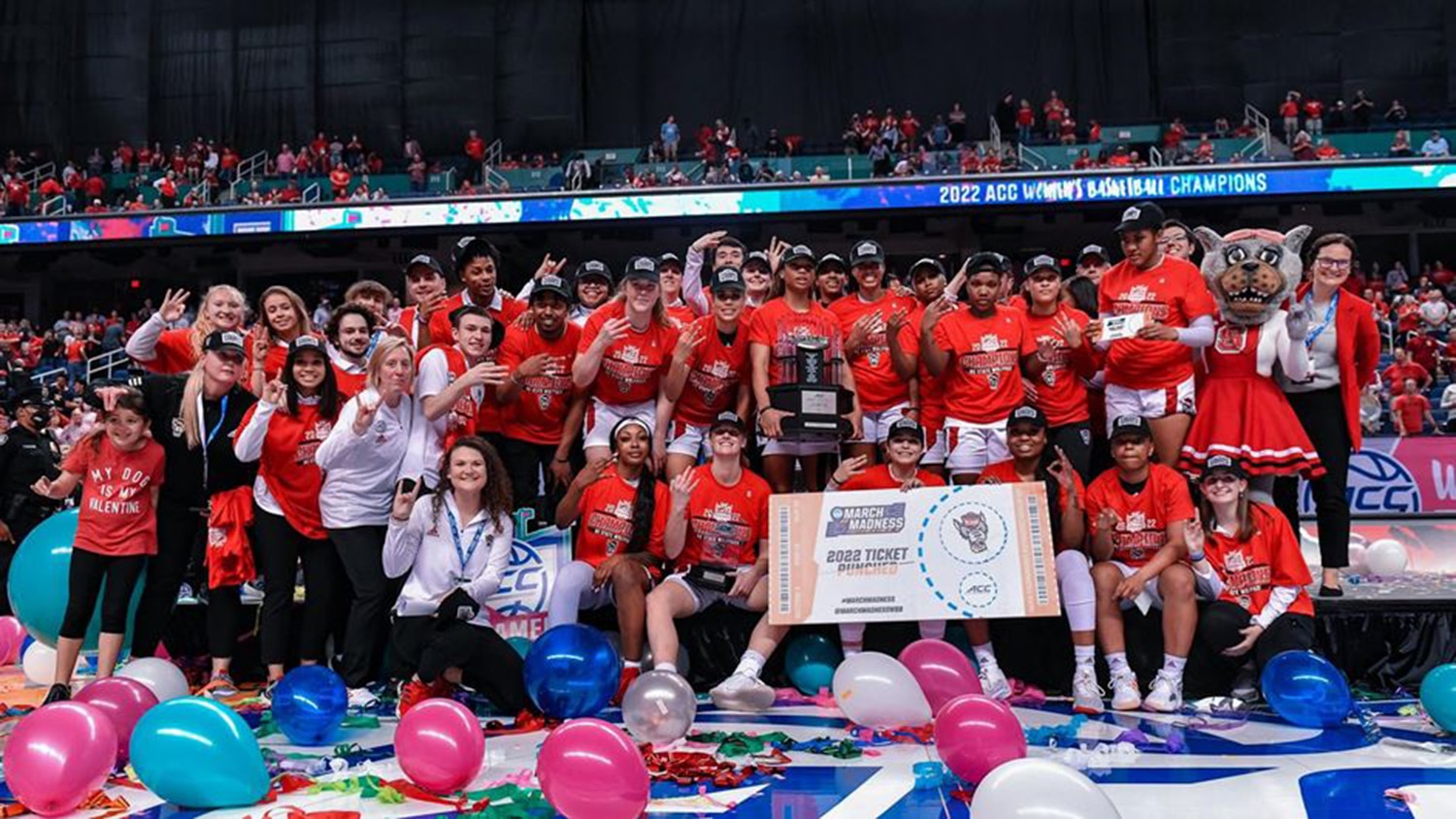 Standing on top of the world can be both lonely and exhausting, especially for an extended period of time.

That’s what NC State women’s basketball coach Wes Moore and his players felt in their quest for a third consecutive Atlantic Coast Conference championship, something that had never been done in the past. the history of the program.

Even with four months of remarkable success, in which the team captured its first ACC regular season title in 32 years by winning 17 of 18 championship games, the Wolfpack women might have played well, but everything was not well off with his veteran. team.

“We went through a lull in maybe mid-January, early February where I just felt like they were a little above me,” Moore says. “They were like, ‘Let’s just go to March [and the postseason].

“Will this guy just shut up for a minute?”

Moore rarely keeps quiet, however, and he continued to coach his team, telling them whine-worthy jokes and setting them up for another run in March Madness.

On Sunday in Greensboro, he and the Wolfpack women won another championship, beating Miami 60-47 in the championship game to complete the back-to-back sweep for the first time in program history. This is the seventh ACC championship in women’s basketball history.

Nobody said it was easy.

“Honestly,” said star senior center Elissa Cunane, “it’s been a long season. We start in June or July and we go until April. It’s just tough sometimes with the school loaded on us and then game after game, practice after practice. We get tired of each other.

“I’ll be honest, I’m sick of seeing some people’s faces.”

Yet that is what makes the current triptych so special.

“All of a sudden, a few weeks ago, working out started being fun again,” Moore says. “I saw a lot of energy and they were more focused.”

They overcame three losses to the top 20 teams and are now heading to the NCAA Championships, which begin March 16, on a 10-game winning streak. Pairings for the NCAA Championships will be announced on ESPN on Sunday, with the No. 3 Wolfpack preparing to host their first- and second-round matches at Reynolds Coliseum.

There are constant worries, of course. Cunane sprained his ankle in the second half of Sunday’s game and had to leave the floor for evaluation, fearing the injury was serious. She returned to the sidelines in the fourth quarter, sitting on an exercise bike to stay active, with a towel wrapped around her neck.

With 6:56 remaining in the game, she re-entered the lineup to a huge ovation by the massively friendly Wolfpack crowd of 9,253 at the Colosseum. Playing just miles from her hometown of Summerfield, Cunane finished with a team-high 17 points and eight rebounds and, for the second year in a row, was named the tournament’s most valuable player. This is the eighth time in league history that a player has won back-to-back MVP titles.

It’s a budding dynasty for the Wolfpack, something Cunane and three graduate seniors hoped to accomplish when they first adapted to Moore and decided to continue playing despite pandemic restrictions costing them the opportunity to participate. at the 2020 NCAA Championships. The Pack lost in last year’s Sweet Sixteen tournament and hopes to improve further this season.

“I saw the potential in this program,” says Cunane, who is due to graduate in May, along with graduate students Raina Perez, Kai Crutchfield and Kayla Jones. “We were hoping to take it to new heights. For three years, it’s quite incredible.

“I think that says a lot about who we are in charge of as head coach.”

Even if she can’t bear to see his face once in a while.

Make your resume stand out with a digital badge