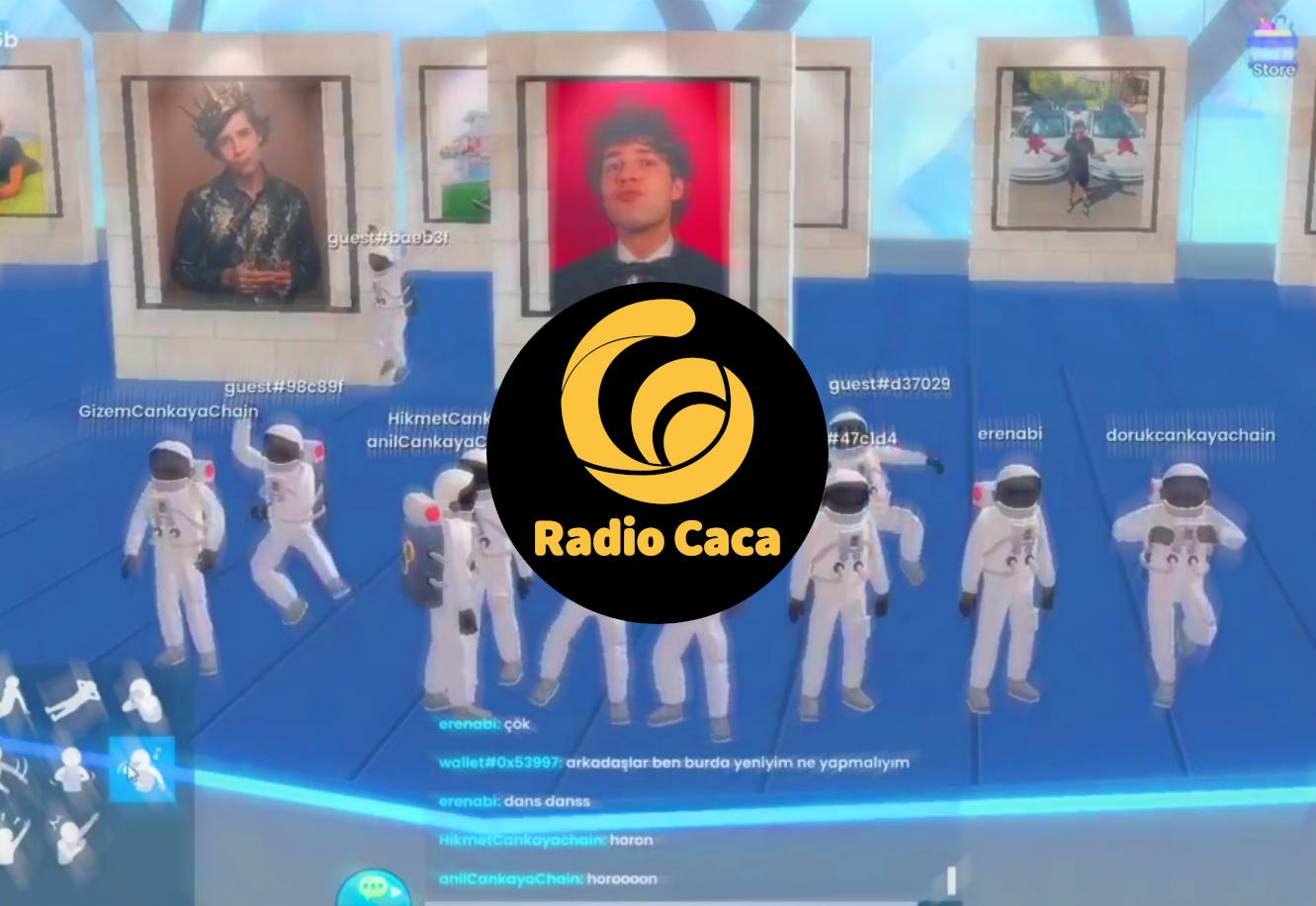 Cankaya University, one of Turkey’s top institutions, hosted a metaverse party on April 10, the first of its kind for an educational institution in the country. The party was organized in partnership with Radio Caça (RACA) in the United States of Mars (USM) metaverse.

“Thank you to everyone who attended our Dance in Metaverse event, the first of which was at USM. We had a great time,” the university said on Twitter.

Radio Caca indicated that its metaverse is open to all institutions wishing to organize events in the metaverse and invited all educational institutions to co-create the web 3.0 community, “Be there or be square (because you don’t you’re not round)”, said Radio Caca.

Radio Caca also held, on March 26, the first significant meeting of universities in Turkey to present all the possibilities of the metaverse and Web3.0 which will be the great engines of a new revolution, not only on the Internet but also in the organization. and the interaction of society.

The meeting brought together more than 100 students from some of Turkey’s leading universities, such as ODTÜ, BİLKENT, HACETTEPE, GAZİ, ÇANKAYA and ULUDAĞ. Students had the opportunity to immerse themselves in new technologies that will shape society in the near future and are part of the entire Radio Caca ecosystem, such as Metaverse, Web3, DAO, NFT and decentralized finance, among others.

Great event with our Turkish community focused on #USM #Metavers and #RACA . Read more below… 👇

Radio Caca organized the first university meeting in Turkey on March 26, 2022. In the first half of this broadcast, which consisted of 2 halves and lasted 5 hours… pic.twitter.com/nzExlgfRQw

“This event is very valuable because it is the first blockchain event to bring together academic communities in a metaverse project in Turkey and showcase the concepts and tools that will help shape the society of the future and make part of the Radio Caca ecosystem.”

The cooperation with the blockchain associations of these two universities will open a new chapter for Radio Caca. Thanks to Turkish enthusiasm for cryptocurrency and front-page coverage on the USM metaverse by a famous local media outlet, people in the country are excited and have started paying close attention to Radio Caca.

Turkey is one of the nations that have been leading the adoption and expansion of actions in the Metaverse and Web3. Recently, Turkish President Recep Tayyip Erdoğan ordered his ruling Justice and Development Party (AK Party in Turkish) to research the emerging utility of blockchain technology and metaverse applications.

President Erdoğan said the study should also cover other key issues such as cryptocurrencies and social media and proposed that an online forum be organized in which he would participate.

Regarding the metaverse, the president told AKP officials:

“This is a delicate matter and needs to be thoroughly considered.”

Turkey’s ruling party, the AK Party, held its first meeting in the metaverse on Monday, January 17.

Disclosure: This is a sponsored press release. Please do your research before purchasing any cryptocurrency.

CryptoMode produces high quality content for cryptocurrency companies. To date, we’ve provided brand visibility for dozens of companies, and you can be one of them. All our customers appreciate our value for money ratio. Contact us if you have any questions: [email protected]