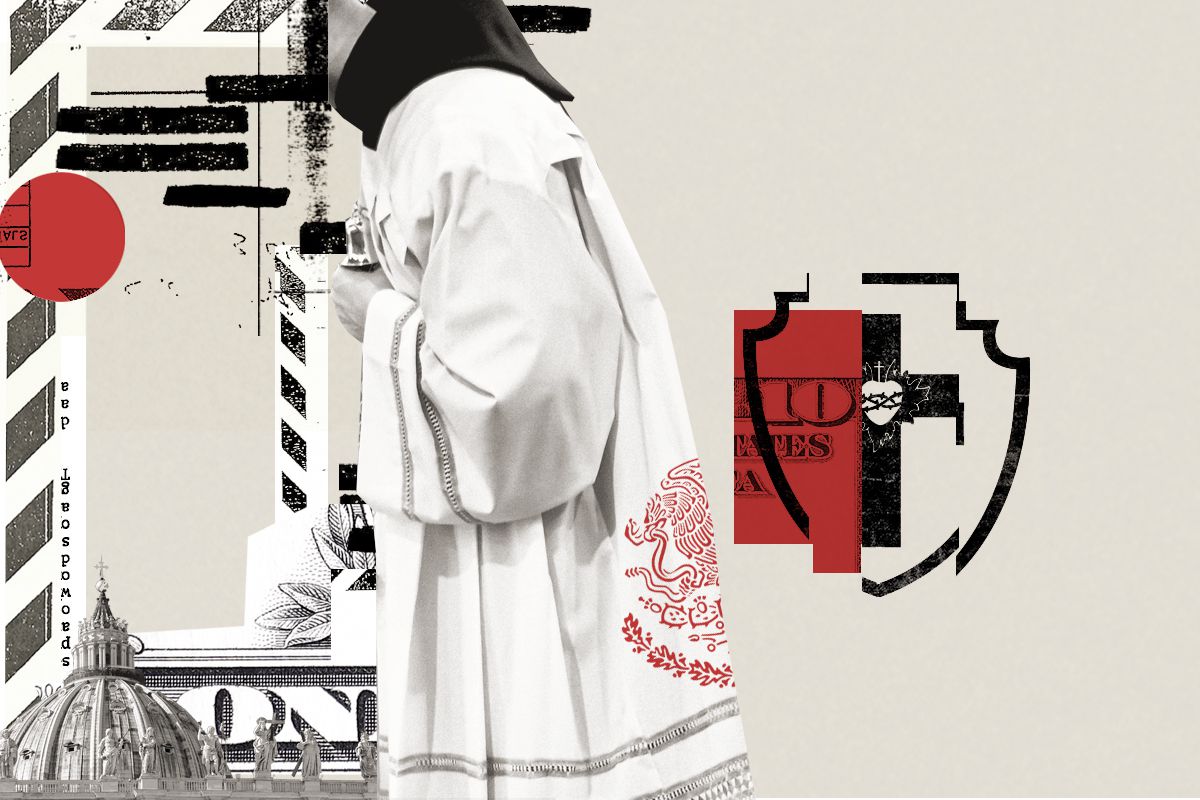 Members and supporters of the Legionaries of Christ, the controversial Roman Catholic religious order established in Mexico, have implemented an offshore program over the past decade that has moved millions of pesos to Mexico. Under an elaborate structure, they hid businesses under other businesses as if they were Russian dolls, in an attempt to hide the fact that the beneficiary of all these businesses was one of the most powerful religious orders in the world. world. The Pandora Papers, the latest batch of leaked documents to which the International Consortium of Investigative Journalists (ICIJ) had access, and a project in which EL PAÍS was involved, reveal how the companies they used invested at least 18, $ 5 million (383 million pesos) in an exotic portfolio in Mexico, which included everything from oil exploration and dietary supplements to investment funds specializing in artificial intelligence and film production.

The network of trusts and branches set up by priests and businessmen close to the congregation has moved up to $ 295 million across four continents. Two UK-based companies were in charge of business operations. Their cash came from interest-free loans from AlfaOmega Trust and Salus Trust, two trusts opened in New Zealand by longtime Legion financial planner Luis Garza Medina and two of his brothers. The final beneficiary of the program, and who received the benefits, was a third trust created by the religious order, according to more than a thousand emails and contracts examined in this investigation. The Legionaries of Christ deny controlling the trusts that made the investments, and only admit having control over the Third Entity (RMCT), which received all the benefits. They claim that it is incorrect to describe them as responsible for the movement of funds.

The money passed through Swiss bank accounts to investments mainly in Mexico and the United States. One of the subsidiaries used, AOG Investments, said it had invested some $ 20.2 million in Mexican companies through 2019, according to documents filed in the UK. Appear on the list the Unión de Créditos Industriales de Nuevo León – a kind of industrial credit union in northern Mexico – as well as companies that offer mortgages or housing development projects for the elderly throughout the country. Neither the Legionaries of Christ nor the administrators wanted to clarify whether these movements were reported to the Mexican tax authorities.

Financial reports also detail the amount invested in each project. The biggest investment made until that year was in Jaguar Holding. Dedicated to oil exploration, this Mexican company was created in February 2012, a few months after the creation of the trusts in New Zealand. All names registered under Jaguar Holding are relatives of Garza Medina, the congregation’s chief financial officer. His brother, businessman Dionisio Garza Medina, who has collected donations for the congregation for years, also appears as president of Jaguar Holding, according to the company’s articles of association. The company currently has 60 oil wells, according to its website, employs more than 200 workers and is present in all states in the Gulf of Mexico. “We have the potential to become the largest and most diverse private onshore exploration, development and production company in Mexico,” the website says.

On November 4, 2016, these legionary-related trusts undertook a $ 60,000 investment in a project called Jaguar Energía. The company “involves exploration for oil wells in Trinidad and Tobago,” according to the document. It was not the only investment of this Mexican company, and in fact, these were repeated every three or four months over several years, in varying amounts. In total, the trusts have invested more than $ 6.8 million in the family business Garza Medinas.

A spokesperson for Dionisio Garza Medina said the businessman “cannot comment on private family decisions,” but noted that AlfaOmega was created to “support retired and needy priests and consecrated Catholics, as well as to support social, charitable and spiritual projects based on the Catholic religion “. teachings. However, the spokesperson admitted, Dionisio Garza Medina’s relationship with the Legionaries of Christ, the beneficiary of his trust, was limited to the fact that his brother is a priest in the congregation.

Money from the larger offshore structure always flowed the same way, and many investments went into the pockets of members of the congregation or Regnum Christi, the lay movement of legionaries. In December 2018, a financial advisor made an investment recommendation to put two million pesos ($ 97,500) in 123Mobility, a medical services company specializing in physical rehabilitation. According to public records, 40% of the shares in this company are owned by another company owned by Luis Garza Medina’s sister and her husband, who are active members of the legionary movement. In 2019, the subsidiary had injected at least 6.5 million pesos ($ 317,000) into 123Mobility.

Around the same time, 1.2 million pesos ($ 58,500) was invested in Rubik Venture, a Mexican investment fund primarily dedicated to technology, artificial intelligence, and the Internet of Things. . Until 2019, the total amount invested in this company exceeded $ 100,000, according to UK financial records. Food supplements have also captured the attention and money of the offshore structure. Nutrición Para Tu Vida Plena, a Monterrey-based company that sells multivitamins and flavored proteins, has received 3.3 million pesos ($ 160,000) of investment.

The offshore companies created by the Garza Medina family have also invested in Villa Plata, a residence for seniors in Guadalajara. There are at least 650,000 pesos (almost $ 32,000) and behind the companies that carried out the operation were again those close to Garza Medina. Although these same names reappear over and over again, a spokesperson for Luis Garza Medina said that neither he nor his family can access the capital of offshore companies, nor do they control where and in what sums of money. money is invested.

The names are repeated in Russian doll societies. Some of the investments, for example, were made through a Monterrey-based fund, whose director had founded several companies used to move the money. Businessman Marcelo Benítez Albo, according to a website, was in charge of the finances of an organization that “manages more than 150 schools and 20 universities in 23 countries”, referring to the educational network of the Legion of Christ. In addition, Benítez Albo was “founder and member of the advisory board of the International Fidelis Institute”, referring to the business ethics institute used to recruit benefactors for the Legion. Benítez Albo, who claims not to be a member of the Legion, is one of the operators of his multi-million offshore structure. When contacted, the businessman avoided clarifying his relationship with the Legionaries of Christ, but conceded that Fidelis had been founded in 2005 on an investment philosophy with an “ethical filter based on Judeo-Catholic principles”.

Despite the varied nature of the portfolio, education and culture have always had a privileged role. In December 2018, for example, the trusts linked to the Legionaries of Christ invested one million pesos ($ 48,723) in Tilma Films, a Spanish-Mexican film production company. The money was used to make the film Tepeyac, an animated film about the Virgin of Guadalupe and Juan Diego, an Indian-Mexican canonized in 2002, according to a document detailing the investment. These financial commitments in Mexico were often linked to educational projects, an inexhaustible source of support in the history of the Legion of Christ.

Within the financing and expansion plans of the Aprende Institute