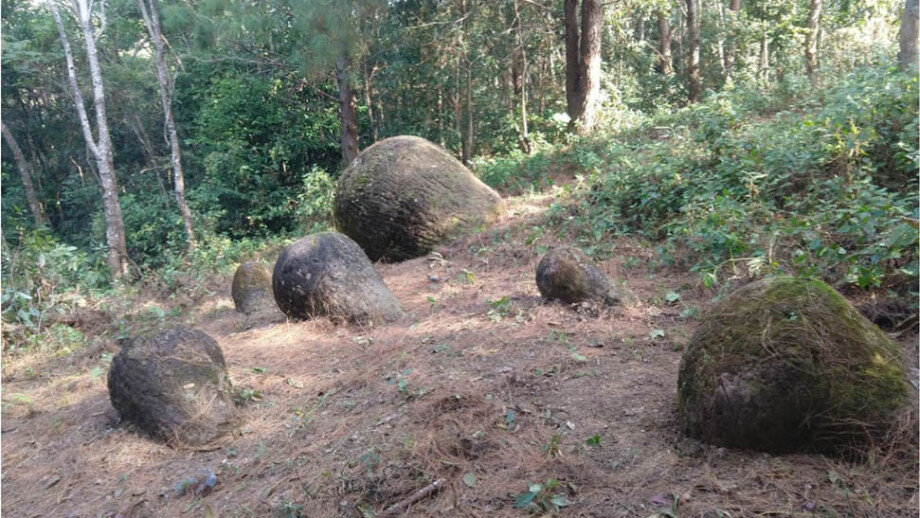 Mysterious giant jars that could have been used for burial rituals have been discovered at four new sites in Assam, India. The discovery comes from a major collaboration involving researchers from the Australian National University (ANU).

The 65 recently discovered stoneware jars vary in shape and decoration, some tall and cylindrical, and others partially or entirely buried in the ground. Similar jars, some of which extend up to three meters high and two meters wide, have already been discovered in Laos and Indonesia.

“We still don’t know who made the giant jars or where they lived. It’s all a bit of a mystery,” ANU Ph.D. student Nicholas Skopal said.

Another mystery is what the giant jars were used for. Scholars believe it is likely that they were associated with mortuary practices.

“There are stories of the Naga people, the present-day ethnic groups in northeastern India, of finding the Assam pots filled with cremated remains, beads and other material artifacts,” Mr Skopal said. This theory aligns with findings from other jar sites in countries like Laos, which are also linked to burial rituals.

Initially, the aim of the new research was to survey existing sites in Assam. However, as the researchers moved through the landscape, they realized there was more to discover. “At first, the team just went to inspect three large sites that had not been formally explored. From there, grids were set up to explore the surrounding densely forested areas,” Skopal said. “That’s when we started finding new jar sites. The team only searched a very limited area, so there’s probably a lot more, we just don’t know. still where they are.”

The surveying and reporting of these sites is of great importance when it comes to heritage management in India.

“It seems that there are no ethnic groups living in India associated with pots, which means it is important to maintain cultural heritage,” Mr Skopal said. “The longer we take to find them, the more likely they are to be destroyed, as more crops are planted in these areas and forests are cut down.”

The researchers worked with local communities on the ground to uncover potential jar sites, often in difficult-to-navigate mountainous jungle areas.

“Once sites have been registered, it becomes easier for the government to work with local communities to protect and maintain them so that they are not destroyed,” Skopal said.

The research was led by Tilok Thakuria of North Eastern Hill University and Uttam Bathari of Gauhati University.

The results of the study are published in the Asian Archeology Journal.

Mysterious jars of the dead discovered in Laos

This document is subject to copyright. Except for fair use for purposes of private study or research, no part may be reproduced without written permission. The content is provided for information only.