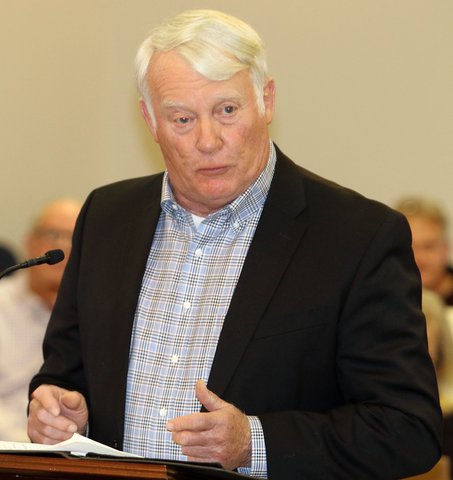 GWA chooses Hobbs as next director

MONROE, Georgia – George Walton Academy has chosen Gary Hobbs as its next principal.

In a letter to teachers and parents, school administrators said Hobbs had agreed to serve as long as needed.

â€œGary Hobbs is committed to continuing GWA’s historic success as the premier educational institution in our region and ensuring that our mission remains central to every student’s day-to-day experience,â€ Chairman of the Board of administration Roy Roberts Jr., a former student of George Walton and parent of two recent graduates, said.

“He appreciates the role and importance of our school in the community and is dedicated to focusing on the experiences of our students, fostering a cohesive school community, and joining our faculty and students in creating the great GWA academic environment that we all know and love. . “

Hobbs was Superintendent of the County Public School District from 2008 to 2016.

â€œHe set the gold standard for public service in Walton County,â€ State Representative Bruce Williamson of Monroe said when Hobbs retired. Williamson sits on the GWA Board of Directors.

This council voted in late May to quit school principal Dan Dolan, whom he recruited in 2016 to replace longtime principal Billy Nicholson, a former neighbor of Gary and Linda Hobbs.

Hobbs was born in Athens and graduated from Talbot County High School, with a BS in Education from Georgia Southern in 1971 and an MS in Education in 1976.

He began his teaching and coaching career at Warner Robins Junior High School in 1972 and graduated as an Education Specialist in Administration in 1982 from the University of Georgia.

The Hobbs family moved to Walton County in 1986, and he was in his fifth year as principal of Loganville High School when he was appointed to central office as associate superintendent.

Hobbs became the superintendent on September 15, 2008, when Tim Lull resigned under a deal with the county school board.

In addition to his education work, Hobbs served in the Georgia Army National Guard from 1971 to 1999. He reached the rank of Colonel, serving as the Director of State Personnel.

During his retirement, Hobbs was involved in efforts to bring the YMCA to Walton County. He is co-chair of the board of directors of the Building a Healthy Walton campaign.

He has also been involved with the United Way of Walton County, Communities In Schools of Walton County (now the Student Success Alliance) and the Walton Foundation. He is active in the First United Methodist Church in Monroe.

“In an effort to prepare diligently and collaboratively for the years to come, at an opportune time, the board of directors will begin the search for Mr. Hobbs’ successor,” Roberts said in a statement Tuesday.