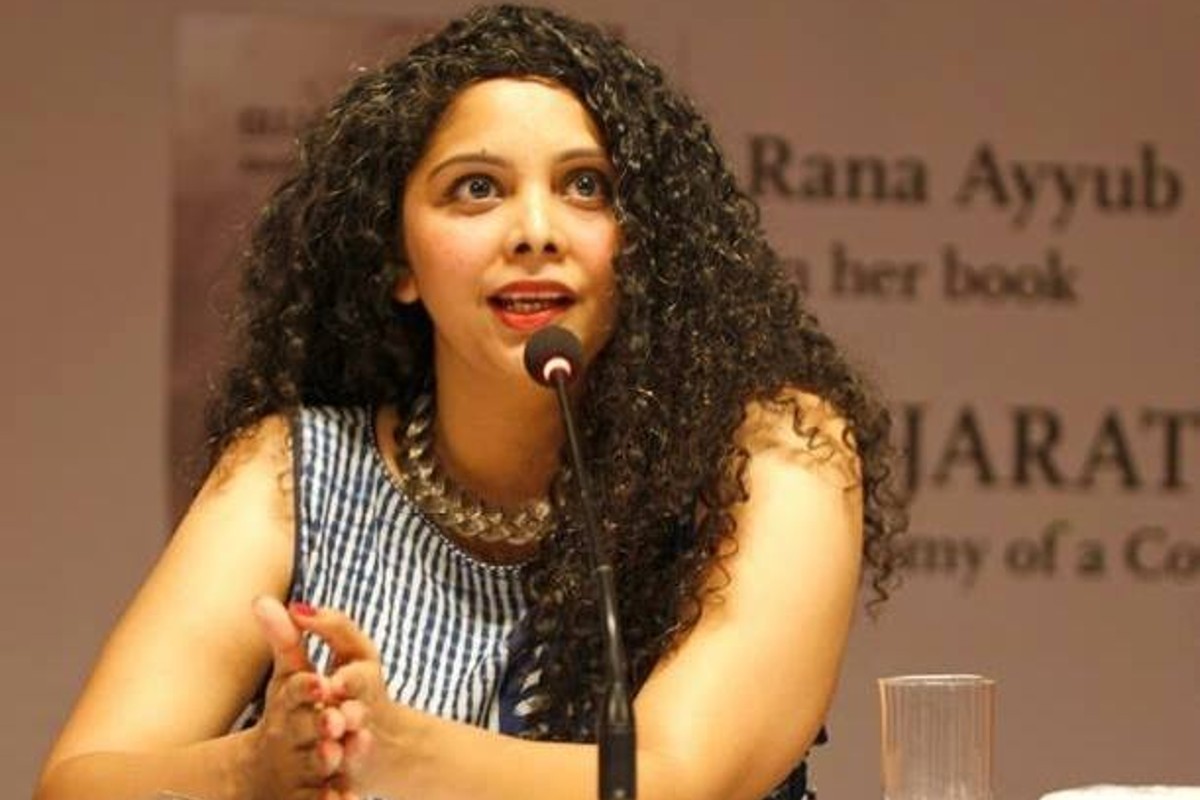 The FIR was based on a complaint from the Hindu Computer Cell of Dharwad district in Karnataka.

An FIR has been filed against journalist and author Rana Ayyub in the Dharwad district of Karnataka for allegedly calling anti-hijab protesters in Karnataka “Hindu terrorists” during a television interview. The FIR was registered under Section 295 A (acts intended to outrage religious feelings) of the Indian Penal Code after a complaint by Ashwath, a volunteer with the Hindu IT Cell, an organization that claims to protect Hindus through legal means.

In her complaint, Ashwath claimed that Rana Ayyub called anti-hijab protesters in Karnataka “terrorists” in an interview with the BBC. The complaint quotes Rana Ayyub as saying, “These girls have been wearing the hijab for a long time, so why suddenly this group of young female students, young terrorists for that matter, who are hoisting a saffron flag in an educational complex in Karnataka, why are the students men hold a saffron flag in an educational institution, what does it mean?”

Although the complaint was sent to the police station on February 21, an FIR was only registered on Friday March 4 at Vidyagiri police station in Dharwad. The Hindu IT cell had claimed that at least five similar complaints had been filed against Rana Ayyub for her comments in the video. The video interview mentioned in the complaint comes from a YouTube account called “rana ayyub” and was uploaded on February 10. In the video, Rana Ayyub discusses the recent controversy over the hijab ban in educational institutions in Karnataka.

Responding to FIR, Rana Ayyub took to Twitter to say, “Another case has been filed against me in Karnataka by the same Hindu far-right group for ‘hurting Hindu feelings’ in my interview on the banning of the hijab and the intimidation of Muslim women. To the government and its cronies, THIS WILL NOT STOP ME FROM SPEAK THE TRUTH.”

Another case was registered against me, in Karnataka, by the same far-right Hindu group, for “hurting Hindu feelings” in my interview about the Hijab ban and bullying of Muslim women. To the government and its cronies, THIS WILL NOT STOP ME FROM SPEAK THE TRUTH.

Last year, a co-founder of the Hindu IT Cell filed a complaint with the Uttar Pradesh police against Rana Ayyub accusing her of “illegally acquiring money from the general public on behalf of charitable organisation”. The plaintiff mentioned three relief campaigns on Ketto which were funded by Rana Ayyub.

An FIR has been registered in the case and the Law Enforcement Directorate last month locked assets worth more than Rs 1.77 crore belonging to Ayyub.