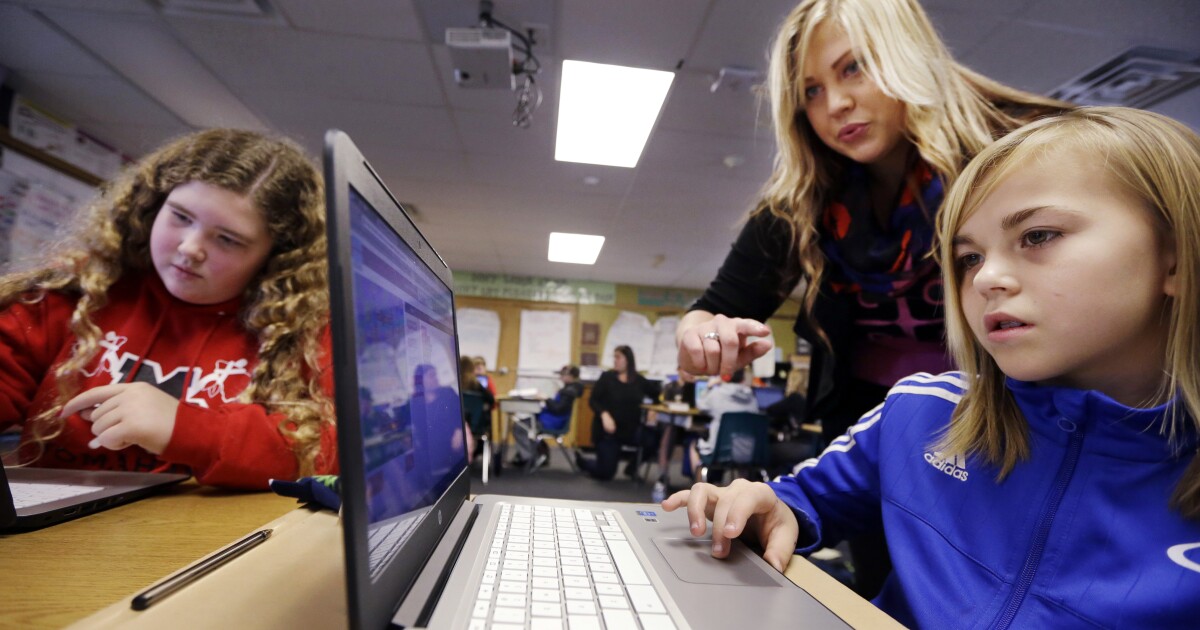 SSchool choice is a necessary step toward educational reform in the United States. Parents have been locked in for too long by state regulations that require them to send their taxes and students to a public school determined by a zip code, regardless of that school’s academic performance.

Addressing this particular injustice is important, but it is not the only problem in the public education system that needs to be corrected.

Every year, people looking to become teachers are bogged down by dozens of state regulations that make it unnecessarily difficult to set foot in a classroom. Most states force them to go through a frustrating drudgery of endless hoops and unnecessary paperwork just so they can get and keep their teacher’s license. On top of this, teachers are required to witness a number of unnecessary professional developments every year, most of which are steeped in left-wing ideology, and waste their time and local community property taxes.

I have attended over 100 of them, both as a teacher and as a school administrator, listening to condescending lectures from academics who are paid tens of thousands of dollars by our public schools to tell me that I should be more pro-LGBT in my science class, or that history teachers should ditch teaching history to focus more on helping students fill a gap in reading or math.

University degrees are also worthless in this space, but are nevertheless necessary to teach. Today, teacher education programs are little more than a vehicle for progressive political posturing with a thin veneer of academic language. Master’s degrees are the same expensive waste of time – with one exception. In order to be considered for an administrative position, you must obtain a very specific master’s degree: instructional leadership.

These hyperpolitical programs, in which education students are taught to use critical race theory and the same pseudo-academic drivel that hasn’t worked since its introduction in the 1920s, are a requirement for running our public schools. This means that the pool of candidates available for directors and superintendents is limited to those able to pass the left’s wake-up tests.

None of these programs or requirements, be they degrees, licenses, or professional development, have ever successfully determined whether a distance teacher will be competent at their job.

I passed all the tests, got all the licenses, and bought three education degrees, but none of that contributed measurably to my Teacher of the Year awards or my students’ successes.

In directing science for the Indianapolis public schools, I observed that some of the most institutionally qualified teachers were wasting their students’ potential with a level of incompetence that rivaled the Bureau of Motor Vehicles.

By contrast, some teachers granted emergency permits by the Ministry of Education (as a last resort to fill teacher shortages) have shown considerable grace under pressure and a shrewdness that suggests that have been teaching for well over a few weeks.

Based on these observations, it is incomprehensible that states maintain unachievable barriers that, at best, allow poor educators to preen from the ivory tower of perceived authority.

But, of course, any attempt to deregulate the education system is met with strong opposition from the groups that benefit most. For example, teachers’ unions have
castigated
Florida and Indiana for reducing teaching requirements in their public classrooms, saying learning standards would drop as a result. There is not yet a shred of evidence to support this alarmist sentiment.

The unions’ argument also assumes that local school boards will not be able to set decent standards for hiring staff. Assuming a bad teacher made it through the application process and multiple interviews and was somehow able to navigate their way through the typical observation period, the teacher’s incompetence would still be evident within weeks.

It really isn’t that hard to be a good teacher. Private schools have shown for years that the quality of teachers is based on their ability to do their job, not on the number of tests they pass or the professional development sessions they take.

Academic freedom must exist for both students and teachers. If my school thinks I’m qualified to take on the role of principal, the state should have no say in it. I shouldn’t need a fancy receipt from a university to prove my competence. Families deserve the right to take their students to the school that is best for them, and teachers like me deserve the same right to work in any educational institution that will accept me.

Tony Kinnett is the executive director of Chalkboard Review, an educational publication for teachers with heterodox perspectives. It has signatures in national review, the Federalist, the daily callerand American spirit. Twitter: @TheTonus.