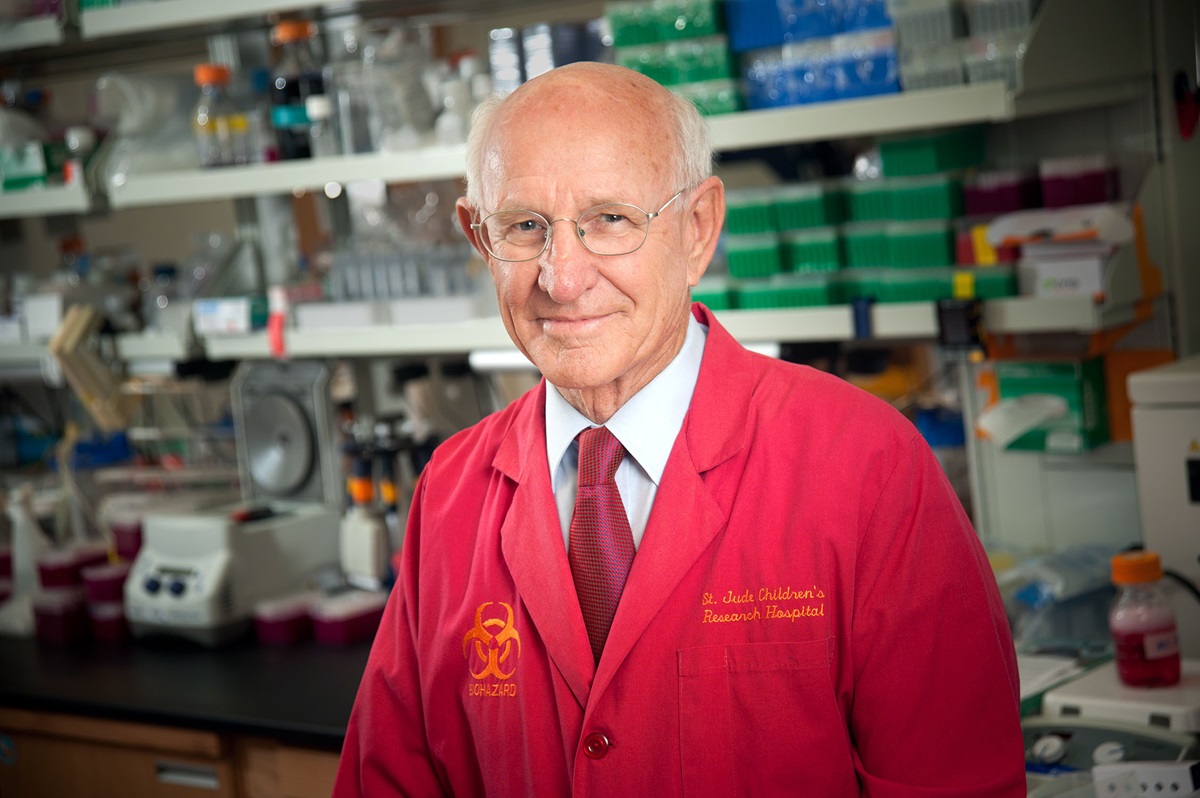 My career as an influenza virologist was decided for me the day I arrived at the Australian National University of New Zealand as a graduate student in 1959. Frank Fenner informed me that I would be working on influenza with Professor Fazekas, and not on myxomatosis as I had expected. .

The recent Asian H2N2 influenza pandemic in 1957 had aroused interest in the origin of pandemic influenza viruses: did these viruses arise through excessive mutation or was there an undetermined animal reservoir?

A wild turkey in flight

It was Helio Pereira and Bella Tumova who introduced me to GISN (Global Influenza Surveillance Network), the predecessor of GISRS. Helio had a huge collection of influenza viruses from lower animals and birds, and Bela had prepared rat antisera against the pandemic H2N2 virus. I asked Helio if I could come to the World Influenza Center at Mill Hill in 1966 to determine if any of these viruses could be linked to the H2N2 pandemic.

Working at Mill Hill, we found that an influenza virus isolated from turkeys in Massachusetts in 1965 was serologically closely related to the 1957 pandemic H2N2 virus and shared neuraminidase N2. This discovery provided some of the first information indicating the possible origin of the genomic segments of human pandemic influenza viruses.

Knowing that the flu had killed terns in South Africa in 1961, as he strolled an Australian beach with Graeme Laver in the late 1960s littered with dead birds (Puffinus pacificus), we jokingly postulated that they had died of the flu. Back at the Australian National University (ANU) in Canberra, we approached the head of the microbiology department with a proposal to sample sheep birds on the islands of the Great Barrier Reef, where the birds nested and raised their young. . The immediate response was “Are you kidding…a scientific expedition my foot!” More like a junket to take your family and friends on a Great Barrier Reef vacation!” The president was largely right, but we have not given up on finding support.

We sent the proposal to Martin Kaplan of the WHO, who was part of the Global Influenza Surveillance Network (GISN – the predecessor to today’s GISRS) and a proponent of animal reservoirs of influenza virus. We were thrilled to receive a positive response and $500 support for the proposal. The Australian National University decided there was a scientific aspect to the proposal and provided a break to travel the 1,500 kilometers from Canberra to Gladstone, the nearest Queensland port to the Great Barrier Reef islands.

“The bad end of the duck”. For many years, Graeme Laver (left) and Rob Webster (right) have taken the upper respiratory tract from birds to detect the flu.

The first year, Graeme found serological evidence of influenza antibodies in sheep birds against influenza neuraminidase. It was then necessary to return there the following year to try to isolate the viruses. Once we showed that the site of replication for Avian Influenza viruses was the intestinal tract of birds, we realized that we had taken the wrong end of the bird. After much research, we have isolated several influenza viruses.

Subsequent surveillance studies at St Jude Children’s Research Hospital in Memphis Tennessee of samples taken from wild Canadian ducks and migratory Delaware Bay shorebirds (Ruddy Turnstone, Red Knot) revealed that all known viruses from influenza A (at the time), including several new subtypes, could be isolated from wild waterfowl, supporting the idea that these birds are a natural reservoir of influenza viruses.

The discovery of natural reservoirs of influenza viruses in wild waterfowl is the result of the wisdom and support of GISN and WHO. It is likely that the reservoir of influenza A viruses could have been elucidated later, but it was GISN, the predecessor of GISRS, that ‘primed the pump’ and supported the surveillance of migratory waterfowl.

Live bird market in Hong Kong, chickens and ducks together on top of a cage.

After visiting China in 1972 and observing the live bird markets, I realized that this was an optimal site for influenza virus surveillance. When the National Institutes of Health of the United States of America issued a request to “elucidate the origin of pandemic influenza viruses”, I established a collaboration with Professor Kennedy Shortridge in Hong Kong to study the markets of live birds. Shortridge isolated the viruses and we identified all known influenza A virus subtypes as well as additional new subtypes mainly from ducks in markets. When a child in Hong Kong died of an H5N1 avian virus infection in May 1997, we knew exactly where to find the virus.

St Jude Children’s Research Hospital, the site of the WHO Collaborating Center for Studies in the Ecology of Influenza in Animals

On the beach of Delaware Bay

In recognition of my contributions, I received a Fellowship from the Royal Society (FRS) and the National Academy of Science (FNASc). However, I believe that my many international colleagues across the GISRS network as well as the many postdoctoral fellows, students and colleagues with whom I have worked also deserve credit and thanks for these awards.

The GISRS network has served as a model for international collaboration; it has been an honor and a privilege to be part of this network as it celebrates its 70e Anniversary.