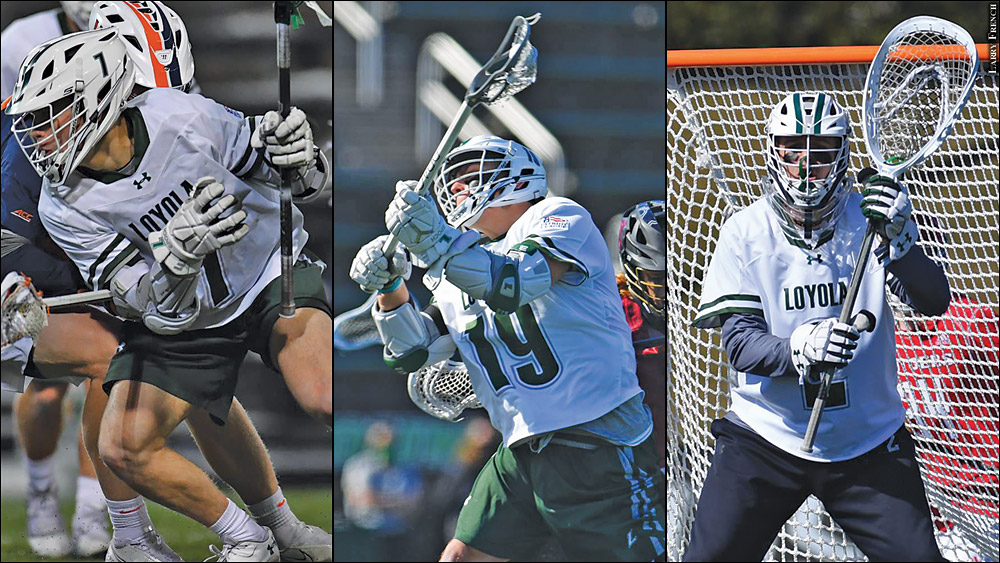 Lindley is one of 10 graduate students on the list who have proven themselves and developed strong chemistry during their time on the Charles Street campus. (Because COVID-19 wiped out much of the 2020 season, players had an extra year of eligibility.) Lindley, a co-captain, leads a talented offense that should have little trouble scoring goals.

“Both sides of the ball have depth and experience,” Lindley said. “We had great growing chemistry in the fall and continue to do so now.”

Loyola was ranked eighth in the Inside Lacrosse national preseason poll and seventh in USA Lacrosse Magazine. Virginia was ranked No. 1 in both polls.

The Greyhounds are also chosen to win the Patriot League. They will kick off the league game against Lafayette on March 5.

Lindley is Loyola’s all-time leader in goals scored with 158 comers in the 2022 season.

“I’m proud, but I don’t think about it, if I’m being honest,” Lindley said of being the all-time top scorer. “For me, it’s one of those individual accomplishments that I will cherish later in life. Right now I’m focused on winning games and doing something special with this year’s team.

Lindley was a USILA All-America honorable mention pick and earned All-Patriot League first-team recognition after leading the Greyhounds and Patriot League with 42 goals in 2021. He also had eight career assists for 50 total points.

Aidan Olmstead is another grad student on offense. Olmstead had career highs in goals (31) and assists (29) last season. Olmstead plays a key role in feeding Lindley and usually sets the tone for the attack.

“Kevin and I have a very special chemistry,” Olmstead said. “It’s something that started on day 1 of our first year. Being able to play side by side is something that has contributed to a [comfort level] on and off the pitch, it’s truly amazing.

Graduate goaltender Sam Shafer will lead a defense that should complement a powerful offense. He finished the 2021 season with outstanding performances that helped lead the Greyhounds to the NCAA Quarterfinals.

Shafer made 13 saves in a win over Georgetown in Loyola’s regular season finale. He made nine saves against Navy in the Patriot League quarterfinals and then another 12 against Army in the semifinals. Shafer also finished with 16 saves against Denver in the first round of the NCAA Tournament.

“I think being able to come back for another year with all of our close defense back as well as most of our string unit is very exciting,” Shafer said. “We all know each other and what we do on the pitch, which gives us an advantage.”

Shafer follows a long line of exceptional goaltenders to play at Loyola. Greyhound goaltenders have been named to USILA All-America teams 16 times in the program‘s history. Current head coach and former goalkeeper Charley Toomey was honored in 1989 and 1990.

“Having a coach who is a former goalkeeper has been very helpful,” Shafer said. “He’s very tough on us and pushes us to be the best we can be. Having a head coach who’s played the position and understands what you should or shouldn’t be doing and understands the mental side of the game also gives us a ahead.

In addition to Lindley, Olmstead and Shafer, the Greyhounds have fifth-year starters on faceoff X (Bailey Savio) and tight defense (Matt Hughes and Kyle LeBlanc).

Long-stick midfielder Ryan McNulty is in his sixth year due to a medical red jersey in 2017 and COVID-19 which wiped out most of the 2020 season. McNulty was a force last season, with 19 turnovers caused and 46 balls on the ground. He also contributed in attack, scoring four goals and six assists. He was named a second-team All-American by SILA, Inside Lacrosse, and USA Lacrosse Magazine.

The Greyhounds have talent and depth, and they’re going to create matchup problems for every opponent. They aim to run until Memorial Day weekend in East Hartford, Connecticut, where the NCAA will crown a champion.

“We’re a very tight-knit team,” Lindley said, “and we all expect to do great things this year.”