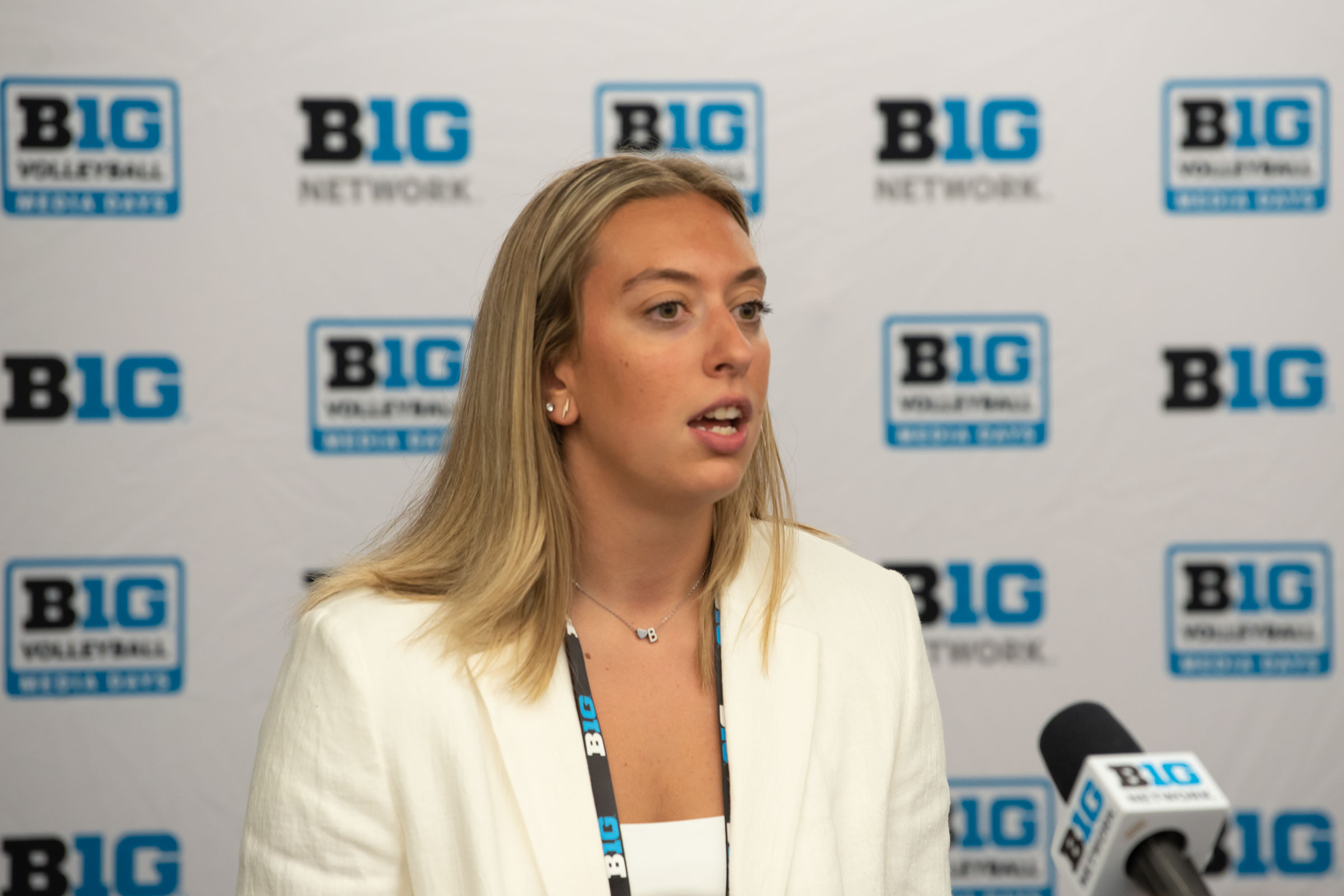 CHICAGO — When Michigan junior outside hitter Jess Mruzik arrived in Michigan after graduating from high school one semester in early January 2020, she finally had the opportunity to take her talents to the college level. But when she contracted mono and spent weeks coping with the disease, she faced her first road accident.

And when she finally returned to campus, she faced an even greater setback: a complete closure of the University due to the outbreak of COVID-19.

Now, heading into his third season, Mruzik will be able to play in an environment that is foreign to him – one without the heavy burden and hurdle of the pandemic.

After leading the Wolverines with 446 points and 389 eliminations en route to winning first-team All-Big Ten accolades last year, Mruzik enters the upcoming season with experience, motivation and a desire to to manage.

At the inaugural Big Ten Volleyball Media Days, Mruzik put aside discussion of her formidable skills on the court to focus on what she can bring to the locker room.

“This year I really see myself as someone who will try to push my teammates to be better every day,” Mruzik said. “But also, they push me to be better.”

Mruzik is used to being pushed, whether it comes from herself, her teammates or her opponent. When she joined the program, Mruzik received her first big push – this one, from the ruthless Big Ten. Soon, other teams were able to spot, target and pursue her. But she learned to adapt, to overcome the challenge of staying ahead of her competition.

“A lot of people, they’ve done things to try to affect her game because they have to be able to try to slow her down,” Michigan coach Mark Rosen said. “She’s one of the best learners I’ve ever worked with, she picks things up very quickly.”

Although he found ways to overcome conference challenges and earn an AVCA All-American honorable mention, Mruzik’s season ended on a sour note: a first-round exit from the NCAA Tournament to Ball State, leaving the Wolverines disappointed and dissatisfied.

This year, with just two incoming freshmen on the team, nearly every Michigan player is holding onto that loss as added motivation for this season.

“You could just visually see in people’s faces that we were disappointed,” Mruzik said of last season’s tournament loss. “I really know that we will be playing with a fire under us this year.”

And Mruzik is someone who can help the Wolverines surpass the heights they reached a season ago.

With a better understanding of the competition and a more advanced skill set, Mruzik – despite being just a junior – is a top leader for Michigan.

Mruzik acknowledges that the Wolverines cannot rest on last year’s tournament success, and instead must take advantage of that learning experience – and the pain of that loss – to achieve a different result this year.

“She’s extremely competitive,” Rosen said. “…And I think that’s a real test for a champion, someone who can take those battles and really enjoy them while learning through them.”

The competitive nature that drives Mruzik is something Michigan needs to succeed in the high-level Big Ten arena. And that is something Mruzik aims to spread through his leadership.

“As Mark mentioned, I’m pretty competitive,” Mruzik said. “It’s definitely what I like to bring to the gym every day and in our workouts.”

With high aspirations this season, the Wolverines need someone to lead the charge. And after battling — and overcoming — the bumps in the road throughout her first two years at Michigan, Mruzik believes she can be the one to take the helm.