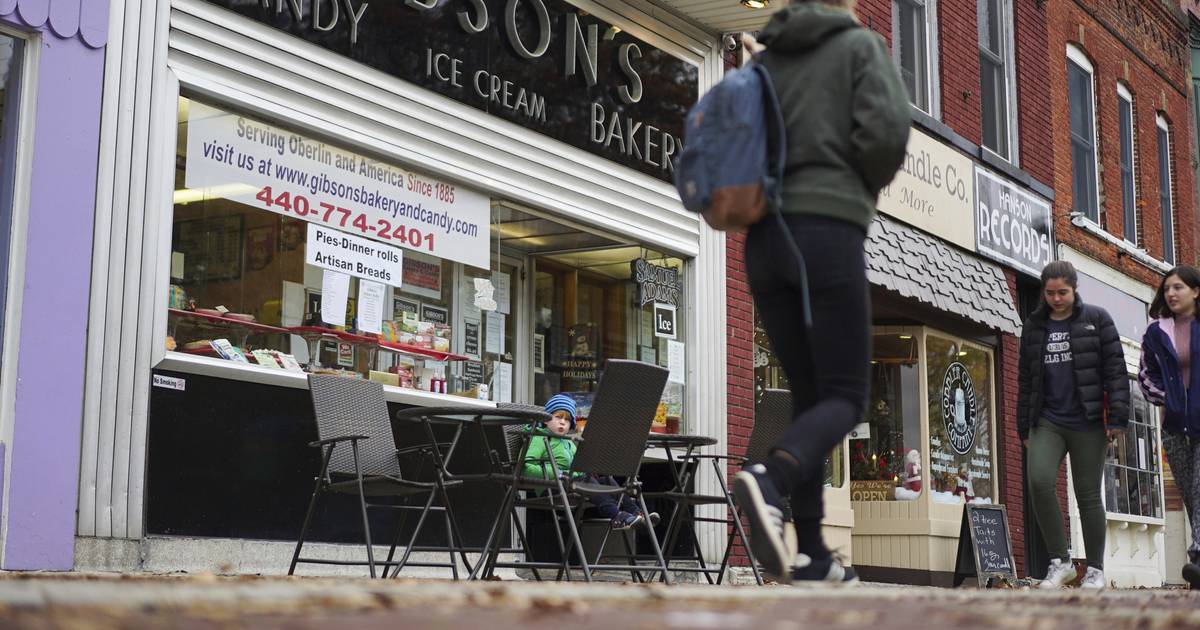 Educators must learn to be the adults in the room

When Oberlin College and Conservatory, an elite Ohio institution with an endowment of over $1 billion, finally agreed to pay the $36.59 million it owed in damages- legally imposed interest on a struggling bakery in his small college town, a payment it had long delayed, he succeeded only with this far-fetched declaration: “We hope that the end of the litigation will begin the healing of our entire community.”

Here’s a draft of a better statement: “We’re sorry, and we’re going to change the way we fact-check and behave toward small businesses in our community.”

If you haven’t been following the case, the events began in 2016 when, at a minimum, an Oberlin student used a fake ID to try to get wine from the local bakery and grocery store. longtime brand called Gibson’s. This is not disputed; the student confessed. But at the time, the incident led to a melee outside and student protesters claiming the bakery was racially profiling its customers, even though the student himself later said he didn’t believe that was the case.

These students, as erroneous as the courts later found their arguments, given that the bakery was simply trying to follow prescribed Ohio law, were within their rights to speak and assemble freely.

But costly trouble befell Oberlin when one of its trustees, Vice President and Dean of Students Meredith Raimondo, handed out flyers alongside students, accusing the small business of being a “racist establishment” (a explosive charge) with a history of discrimination. The bakery, which saw its activity quickly destroyed by the accusations, filed a complaint for defamation and slander. After a long period of litigation through a trial and appeals process, he finally emerged victorious. And Oberlin was still dragging his heels, insisting he couldn’t be held responsible.

As is the case with other college towns in the Midwest, Gibson’s business was inextricably tied to Oberlin. Once Oberlin froze him and took steps to cancel his catering contracts with the college, he was broke. Oberlin, who liked to think of himself as an elite force for social justice, found himself a fighting Goliath with very little evidence on his side against a surprisingly friendly 137-year-old small-town bakery David.

This is hardly the only recent incident where educators struggle to behave like adults.

This week, the right-wing media was taking advantage of an incident at a prestigious private school in New York, where Project Veritas allegedly managed to record an educator saying “we just need a vigilante Dexter” (a fictional serial killer) to eliminate the “ugly…white boys in school.”

We don’t condone the arcane ways of Project Veritas founder James O’Keefe, and there’s no doubt the teacher was speaking figuratively, rather than actually wishing horrific deaths for a group of her students. But what the hell was she doing talking like that to someone?

Assuming the accuracy of the widely distributed tape, any parent of one of the teacher’s rhetorical targets could reasonably conclude that she did not have their best interests at heart.

And then there’s the matter of Duke University and Brigham Young University, who are squabbling over whether or not racist chants were uttered at a women’s volleyball game last month. One of Duke’s players, a sophomore, tweeted that she and other teammates were repeatedly subjected to racist heckling “throughout the game” and that “the insults and comments were turned into threats that made us feel in danger”. BYU failed to respond adequately, she wrote, even after the school became aware of the issue. A man at the game in Provo, Utah, has been charged.

All of these accusations deserve an immediate and thorough investigation and that’s what BYU has done, first apologizing, then banning a fan they believe may be involved and combing through hours of tape. multiple cameras that were also capturing audio, trying to figure out what had happened. He said he also interviewed more than 50 people. Eventually, he determined that the accused was nowhere near where he could have done what he was charged with and that there was no evidence of any such incident. The ban originally placed on the fan was therefore rescinded with an apology.

Did Duke thank BYU for its efforts? No way. This undermined them and implied that they were being conducted in bad faith. Duke’s vice president and athletic director simply said of the team, “We unequivocally support and defend them, especially when their character is questioned.” Subsequently, the University of South Carolina canceled its scheduled volleyball games with BYU for the next two seasons.

We’re all for institutions to take care of their students and do whatever they can to keep them safe, but what should have happened here is that Duke as an institution should have at least engage in the BYU investigation, as they clearly found it inadequate, given the implications of their statement. They could have conducted their own investigation.

It is certainly possible that the investigation missed what happened. But it wasn’t a blanket accusation – it was a statement that implied a crime had been committed. And anyone accused of a crime deserves not to be convicted without evidence, just like this sophomore deserved two universities working together to find the truth.

Educational institutions (in all places) should understand this imperative. These three unpleasant cases should have been treated differently. People in a position of responsibility must make it clear that they are in solidarity with the discovery of the facts, which does not always correspond to the collective passions of the moment.

Submit a letter of no more than 400 words to the editor here or email [email protected].