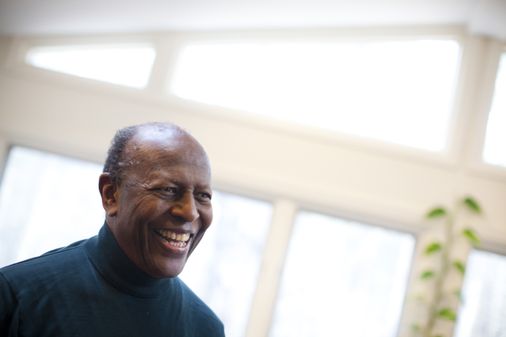 Dr Willie, whose grandparents were enslaved and who always emphasized ‘justice and fairness’ while striving to break down racial and gender barriers, has died in his Brighton home on January 11. He was 94 years old and his health was failing.

As consultants, Dr. Willie and Alves developed controlled-choice school desegregation plans much like the one they designed in Boston for school districts across the country, from Cambridge to Florida to Seattle.

A professor and activist, sociologist, and former leader of the Episcopal Church hierarchy, Dr. Willie has covered even more ground than his journey between segregated Dallas schools and teaching at Harvard suggests.

At every stage, he fought for equality, including when he served as the first black vice president of the National Episcopal Church House of Representatives in the 1970s.

He preached the sermon when 11 women known as the Philadelphia Eleven were ordained in 1974, a few years before the General Episcopal Convention allowed women to become priests.

When the House of Bishops refused to fully recognize women as ordained, Dr. Willie resigned from his post, even though he had expected to become the first black Speaker of the House of Representatives if he had remained.

“I think Chuck represented the movement within the Episcopal Church to not only focus on issues like civil rights, but also to understand that issues like women’s rights were just as important, and that the Episcopal Church should be at the forefront, taking steps to allow this to happen,” said Byron Rushing, a former state legislator who is currently Deputy Speaker of the House of Representatives.

At the Harvard Graduate School of Education, where Dr. Willie was Charles William Eliot Professor of Education Emeritus, he was a mentor and a memorable presence for approximately 35 years of graduate students.

“He was truly a bright, shining light to all he encountered: a forward-thinking scholar able to use his research to benefit countless schoolchildren, and a deeply kind person who helped develop generations of students. after him,” said Bridget Terry Long, the graduate school’s dean, for a Harvard tribute.

Flynn said that as a teacher, Dr. Willie “had a way of reflecting on the past as a way to bring us to the present and grow into the future.”

“He was in a class of his own,” Flynn added. “I was lucky to have him as a pedagogical adviser. He brought out the best in people – everyone.

A respected writer of over 30 books and over 100 journal articles, Dr. Willie accorded just as much respect to those he mentored, whom he never called students.

As faculty advisor and chair of the thesis committee, Dr. Willie “guided my academic journey with a critical eye, an open mind, and a generous heart,” said Karen Mapp, senior lecturer at the Graduate School of Education, for the Harvard Tribute.

“We have lost another warrior for social justice, democracy and fairness for all,” she added.

Born in Dallas on October 8, 1927, Charles Vert Willie was the third of five siblings.

His mother, Carrie Sykes Willie, graduated from Wiley College, a historically black college in Marshall, Texas, but as a married woman was barred from teaching in Dallas. She homeschooled her children until they could take the tram to school. They had to ride in the back and the schools were separate.

His father, Louis Willie, was a Pullman porter whose job sometimes took him away for three weeks at a time. Although Louis had an eighth grade education, “the railroad allowed him to really see and know things,” Dr. Willie said in an interview for The History Makers, adding that his work “allowed him to ‘to be what I would call a cosmopolitan person’. .”

Dr. Willie was class president at Morehouse College in Atlanta, where he graduated with a bachelor’s degree in 1948 and was part of the Alpha Phi Alpha fraternity with Martin Luther King Jr.

In 1949, Dr. Willie earned a master’s degree from Atlanta University, and in 1957 he earned a doctorate from Syracuse University’s Maxwell School of Citizenship and Public Affairs.

He taught at Syracuse from 1950 to 1974, becoming the university’s first black tenured professor and later vice president of student affairs.

There he met Mary Sue Conklin when they sang together in Grace Episcopal Church in Syracuse, whose choir was not long desegregated. They married in 1962 and lived in Concord for 44 years before moving to an assisted living facility in Brighton.

He was a bass, she’s a soprano, “and we were singing together. We sang duets together for fun,” she said. “We had fun making music together; the music was the centerpiece.

As parents, “they’ve just been very generous raising us,” said their daughter, Sarah Willie-LeBreton of Media, Pennsylvania. “They were incredibly generous, and that’s what they were as a partnership.”

Dr. Willie took time off from Syracuse to lead the Washington Action for Youth crime prevention program at the request of U.S. Attorney General Robert F. Kennedy, and he twice brought King to speak at the university in the years 1960 during the civil rights movement.

In 1974, Dr. Willie left for a permanent position at Harvard. While there, Jimmy Carter nominated him to serve on the President’s Commission on Mental Health.

After retiring in 1999, for another decade Dr. Willie continued to teach a course titled Community Power, Decision Making and Education, “which covered basic action to solve community problems,” according to the Harvard tribute.

Among his honors were the William Foote Whyte Distinguished Career Award from the American Sociological Association and the WEB Du Bois Career of Distinguished Scholarship Award.

In addition to his wife, Mary Sue, and daughter, Sarah, Dr. Willie leaves behind two sons, Martin of Denver and James of Takoma Park, Md.; one sister, Mary Gauthier of Syracuse, NY; and three grandchildren.

A spring memorial service will be announced. A private burial will be held at Sleepy Hollow Cemetery in Concord.

Dr Willie “was really, really clear that a family is actually about loving each other unconditionally,” said Sarah, dean and dean of faculty at Swarthmore College.

As a teacher and as a father, “he really modeled what it meant to engage in conflict in a constructive way,” she said.

“I think it was hugely important for us to see as kids, that you could really disagree with somebody, you could be really mad at somebody, and you could reflect and see that one had behaved inappropriately or been wronged with someone and still enter a dialogue and come out on the other end of it.

Bryan Marquard can be reached at [email protected]