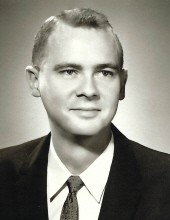 John R. Coleman, professor emeritus of biology at Brown University, died on December 14 at the age of 88 in Providence, RI.

John is survived by his wife of 64 years, Annette W Coleman, his 3 children (Alan, Ben and Suzanne), his grandchildren (Helen and Owen) and his sister Marilyn.

John and Annette were amazing partners – they were world travelers working and exploring across 6 continents. Both took part in activities aimed at improving fairness for all and raised their children to believe the same. They frequently shared ideas and observations about their research and each improved the other’s work. Plus, the two had healthy professional competition and a very loving partnership – they made a great pair. When John showed Annette that one of her research papers was on the cover of the Journal of Cell Biology in 1999, Annette replied, “I’ve done this cover twice. »Classic.

After his retirement and later in life, he remained active in many pursuits including teaching and researching at Brown, playing tennis until the mid-80s, and escaping with his pal Little (a dog). He also developed a fondness for highly competitive ping pong with another resident of Laurelmead, where John and Annette moved in 2007.

After her death, her children found chocolate hiding places in many places in the apartment.

John received his bachelor’s degree from the University of Minnesota, where he held a number of jobs to pay for his education, including a cafeteria, a steel mill, and eventually a research lab. He received his master’s degree in zoology from Indiana University in 1957, where he also found the person who would become his life partner, Annette. John got his doctorate. from Johns Hopkins with a thesis on the activities of deoxyribonucleases in the development of the frog, Rana pipiens, while Annette was doing her postdoctoral fellowship.

They had their first child, Alan, in Baltimore before John completed his doctorate. They then moved to Rhode Island where John became an assistant professor at Brown University, and he employed his wife Annette as a lab assistant (she could not be hired directly by Brown at the time due to policies of ” nepotism”).

In Rhode Island, they had their second son, Ben, and then their daughter, Suzanne. Providence was their permanent home, but over the years they spent long periods elsewhere on sabbatical. In 1969, John and their family spent a year at the University of California at San Diego on a scholarship from the NIH. In 1976, the family spent a year in Stockholm, Sweden, where John was a Fogarty Fellow at the Karolinska Institute. In 1983, he spent a partial year in Adelaide, South Australia, at the University of Adelaide, then an additional partial year at UCSF. He was Section President and Acting President of Brown University in the 1980s and 1990s. He has visited numerous times over the years with colleagues and friends in Osaka, Japan.

John was passionate about civil rights and women’s equal rights and was quick to make points when he saw it as important. He advocated for changes in policies and procedures to increase the representation of these groups in Brown Faculty and in science as a whole. In 1965 a partnership between Tougaloo College and Brown began, and John was one of the first 2 associate professors to teach in the exchange program at Tougaloo. He was the PTA vice-president of Martin Luther King Jr. Elementary School in Providence from 1970 to 1972.

John was a strong supporter of the Audubon Society, and was a member of the RI Audubon Board of Trustees throughout the 1970s, and was the organization’s vice president for several years. He and Annette have participated in the annual Midway Island bird count as well as bird counts in other parts of the world. He also spent several years sitting in the dark in the springtime near bodies of water counting frogs by their sound.

John’s enthusiasm for understanding the development of an egg into a complex organism was contagious. His science was first and foremost a “pure” science – understanding how biology works in its most basic form. He has provided fertilized chicken eggs and fertilized frog eggs to his children’s schools for years to help children learn science through real-life interactions and observations. John’s career spanned a revolutionary period of understanding and analyzing DNA and then the role of stem cells. He continued to lecture until he was 80, including a lecture in 2017 on the complex ethical implications of using chimeric embryos for human organ transplants. He has published far too many articles and journals alone and with colleagues (including his wife) to mention them here. He has received grants from numerous organizations over the years, including several from the NIH, NSF, and the Muscular Dystrophy Association.

He was quick with a joke, sometimes quick with a spade. He was fierce in his advocacy for the underprivileged. He was very proud of his children. He has influenced many undergraduates and graduate students at Brown over the decades, as well as his colleagues. He loved his wife more than words can express. He did his best as a father, husband and human. We will miss him.

According to his wishes, there will be no memorial service.

In lieu of flowers, please consider donating to the RI Food Bank or Planned Parenthood.

To send flowers or plant a tree in memory of John Russell Coleman, visit the Tribute Store.