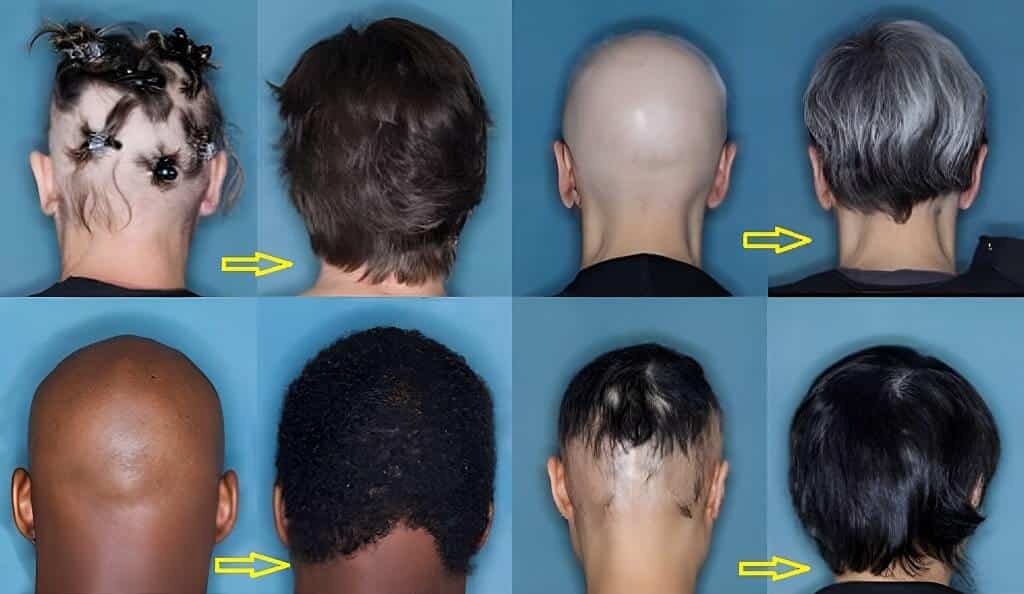 Scientists have found unexpected success in their search for a therapy for alopecia areata, an inflammatory disorder that causes hair loss, by repurposing a standard arthritis drug. According to a new study based on phase 3 clinical trials, one in three patients with this serious skin condition were able to regrow their hair after taking the drug regularly, offering new hope for an approved treatment for the condition.

Phase 3 clinical trials are the final phase of testing before a new drug can be evaluated for FDA approval in the United States.

Alopecia areata occurs when the immune system attacks the hair follicles, causing patchy hair loss in specific parts of the scalp and eyebrows and eyelashes in some cases. Each year, more than 200,000 new cases are reported in the United States, with the majority of those affected being under the age of 40. Currently, there are no FDA-approved treatments for the disease.

With this in mind, scientists at Yale University explored using a common rheumatoid arthritis drug called baricitinib (a Janus kinase (JAK) inhibitor) as a solution, based on the theory that it is an autoimmune treatment that could interrupt cytokine signaling. Their recent randomized trials involved approximately 1,200 adults with severe alopecia who had lost at least half their hair, and many had lost all of their hair.

Dr. Brett King, lead author of the study and associate professor of dermatology at Yale School of Medicine, said:

“It’s so exciting because the data clearly shows how effective baricitinib is. These large controlled trials tell us that we can alleviate some of the suffering caused by this terrible disease.

The researchers are optimistic about baricitinib’s chances of moving from Phase 3 studies to FDA approval as a treatment for alopecia areata with these positive results. However, there is still a long way to go. Researchers are currently conducting clinical trials to determine the efficacy and safety of long-term treatment regimens. Nevertheless, the results are encouraging and offer hope to alopecia areata patients worldwide.

“Alopecia areata is a crazy journey marked by chaos, confusion and deep sadness for many who suffer from it. It will be amazing to have medicine to help people emerge on the other side, normalcy restored, recognizable again to themselves and those around them.

Over the past ten years, King has developed different methods of using JAK inhibitors to treat various skin diseases, including vitiligo, eczema, granuloma annulare, erosive lichen planus, and sarcoidosis. According to King, clinical trials with baricitinib are still ongoing, which will allow researchers to examine the treatment’s long-term efficacy and safety. Eli Lilly and Company, which funded the study, employed King as a consultant and clinical trial investigator.

The study results, published March 26 in the New England Journal of Medicine, were made public at the annual meeting of the American Academy of Dermatology.

How to make the “work of the future” work for everyone