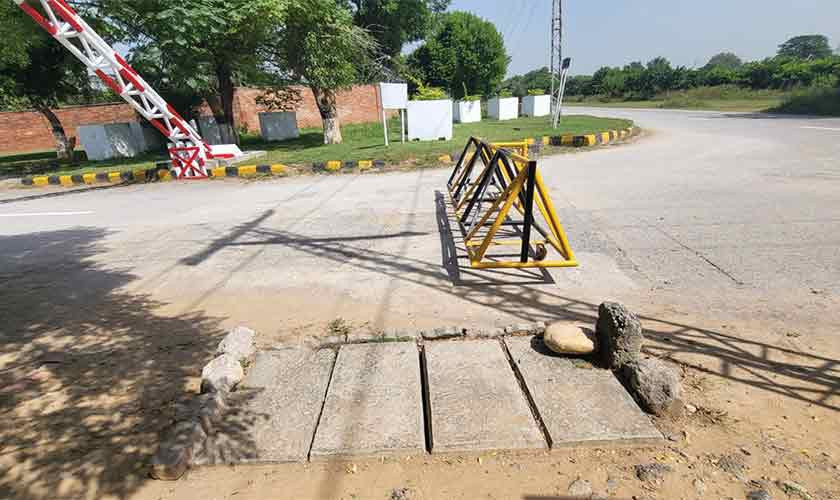 According to plan? | Shehr

slamabad did not develop and grow according to its master plan. This is a cause for concern because unlike other cities, the entire federal capital was supposed to be built according to a plan. Under this plan, the H sectors were intended for educational and related institutions.

At first glance, everything is neat and clean. From the Allama Iqbal Open University to the posh Higher Education Commission (HEC) complexes to the picturesque National University of Science and Technology (NUST), everything is placed neatly on the online map.

But on the ground, it’s chaos. Some of these institutions have turned into castles. For a student of urban planning, symmetry is the key to building functional cities. To acquire such symmetry, all buildings must have green spaces and not build on more than 60, in some cases 70% of the allocated area.

In Islamabad, this rule is largely respected. However, there is some lack of clarity in some areas. If you look at the AIOU and the adjacent postgraduate college, the difference between covered and green areas is striking.

Once past the AIOU, the first turn to Aga Shahi Avenue is a traffic nightmare. A number of vehicles are parked on the side of the roads, some even on the road.

It’s because of the HEC offices. The office building is frequented by faculty members, university officials, and students from across the country. A majority of these visitors come to have their diplomas certified by various universities accredited by HEC.

The HEC building has parking inside its gates. Often the parking lot is vacant while the road outside is obstructed due to the parking of vehicles by HEC visitors.

A few kilometers further down the road, the Khayaban-i-Jauhar turns into a dead end. It is home to at least five educational institutions, including three universities, a major college, and a local and international school.

The road regularly traveled by at least 20,000 people has not been converted into a dual carriageway. It becomes impassable as soon as the National University of Modern Languages ​​(NUML) buses leave or arrive.

NUML was not originally meant to be a university. However, in 2000 it became a university, regardless of whether or not there was enough space to accommodate the students it would now attract.

As the saying goes, when you fail to plan, you plan to fail. Now the university does not have enough parking spaces. To cope with this problem, a large car park has been dug into the green belt across the road.

Despite the fact that the issue has been repeatedly highlighted, the city administration has taken little action. Some of the greenbelts were also devoured by the Metro Bus Service.

NUML guards place dividers on the road in an effort to keep traffic flowing, but a myriad of carpoolers, taxi drivers and cyclists refuse to cooperate with them.

Next to the university’s main gate which opens onto the Srinagar highway, the Capital Development Authority (CDA) has set up an asphalt plant and some sort of depot. When the land was allocated to the IIUI in the 1990s, the CDA had promised to remove this factory. More than three decades later, the plant has not been removed.

The sprawling building is heavily guarded. There was a time when the road was blocked to ensure its safety. It was only after the intervention of a court that the citizens’ right to use the road was restored. One way or another, the barriers came back. The city administration is currently removing them following a public outcry.

People who take this route continue to face resistance. The chief of the guards tells Sunday news that people are generally allowed to cross. He says there are only slight restrictions at the start and end of school.

The International Islamic University Islamabad (IIUI) also has a gate on this stretch of the road. He is in poor condition. The road is even up to the office of the Frequency Allocation Board (FAB) beyond which there seems to be no road. Unregistered slums have also not been removed from the area.

On the main gate of the university which opens onto the Srinagar highway, the Capital Development Authority (CDA) has set up an asphalt plant and some sort of depot.

When the land was allocated to the IIUI in the 1990s, the CDA had promised to remove this factory. More than three decades later, the plant has not been removed. The issue was addressed at different levels and despite assurances, the civic body did not leave the field. As a result, pollution continues.

City managers left the H-9 sector virtually unguarded. As a result, there is no discernable order around FAST University, Al Huda Center and several other academic institutions. Everyone erected barriers on various parts of the roads or encroached on green spaces.

Unfortunately, universities have also been set up on undesignated areas that dot almost every road in the city. The government presumably grants permission to open a degree-granting institution according to an established procedure.

Universities have been set up in Islamabad on roads as narrow as the Japan Road leading to Kahuta. These include my university and the University of Ibadat. It is not too difficult to imagine the situation on this single-lane road when university buses are driving there. Those who allow universities to be established in such places may be disregarding public safety.

Unlike those poorly planned universities, Quaid-i-Azam University (QAU) has a large area and enough parking lots. However, he was unable to build a boundary wall as encroachments on his lands were not expelled. The case has been simmering for decades.

Although the city managers have not solved this problem causing security issues and other problems, they are currently constructing the Bhara Kahu Bridge over more than 500 kanals of university land. Prime Minister Shahbaz Sharif recently inaugurated the project. Faculty members and students fear that the CDA will never give the university alternative ground.

NUST, QAU, IIUI and AIOU are among the top 10 universities in Pakistan. These and other universities enroll over 100,000 students. More than 20 private universities and degree-granting institutions also operate in the city.

City officials and law enforcement have a generally hostile attitude towards all of these higher education institutions.

The writer teaches development support communication at the International Islamic University in Islamabad. He tweets @HassanShehzadZ and can be contacted at [email protected]