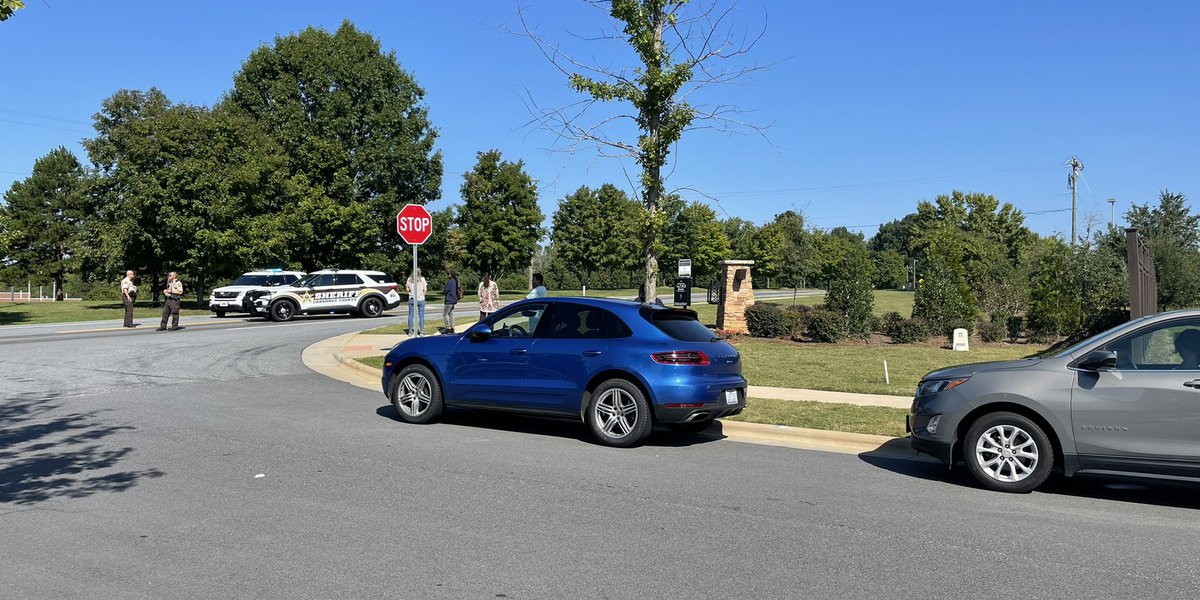 CHARLOTTE, NC (WBTV) — Law enforcement investigated threats made at and near eight schools this week.

Officials say those threats were false but are still being investigated and the suspects will be penalized.

It is a Class H felony and carries a penalty of up to 39 months in prison.

Cabarrus County Sheriff Van Shaw said he identified an individual who made threats against Northwest Cabarrus High School. He says that person is probably a student.

WBTV security analyst and founder/CEO of Karl de la Guerra Inc., says bomb threat pranks are no fun and such incidents are always thoroughly investigated, regardless no matter how many fake threats occur.

“If you’re going to get it wrong, you have to err on the side of security and that’s exactly what law enforcement is doing here; “Child safety is the number one priority,” de la Guerra said.

Cabarrus County school officials confirmed that Wednesday was the third day in a row that at least one school had received a bomb threat. Northwest Cabarrus received a written threat on Monday and Tuesday. Cox Mill High School was evacuated twice on Tuesday and once on Wednesday. Jay M. Robinson High School and Cox Mill Elementary School were evacuated after receiving threatening phone calls on Tuesday.

Gaston Co. Police were investigating a social media threat linked to WC Friday Middle School today. The police have already questioned the parties suspected of being involved.
The captain said the threat appears unfounded and police do not believe anyone is in danger.

CMS says these threats were ‘not necessarily directed’ at the schools themselves, but police are still investigating out of caution.

Officials say these threats were not made directly against the two schools, but were investigated by CMS Police, Cornelius Police, CMPD and Huntersville Police out of an abundance of caution. The police swept the buildings before the students arrived and nothing was found.

Dr. Park Dietz is the founder of the Threat Assessment Group, president of Park Dietz & Associates, and clinical professor of psychiatry. He has consulted in all 50 states and studied threats and violent crimes, including the Charleston Church Massacre and the Boston Marathon Bombing.

Dietz agrees that it’s not uncommon to see false threats, but those incidents will be investigated by local, state and federal agencies.

“Statistically, the probability that a bomb threat is associated with a destructive device is very low. At the same time, each of them must be investigated,” Dietz said.

The threats against three schools in Cabarrus County were robocalls. Security analyst Karl de La Guerra says those same phone calls can be used in an investigation.

“If the phone call is received at school via a landline, don’t hang up,” he said. “Sometimes that hotline can help law enforcement with that, but it’s very difficult to electronically trace where that call is coming from.”

Dietz says not all patterns are the same and can be complex. During his studies, he discovered that many authors threatened to be excused from an obligation such as work or an exam or often because of their own behavior.

“Anxiety makes them more likely to do something like this when they’re upset. It also causes more anxiety in other students,” Dietz said.

Whether it’s a phone call, a note or a social media post – de la Guerra says being aware of your surroundings is key and could help you spot the culprit.

“The biggest help people on campus can give law enforcement even before an event is to be aware of your surroundings as they say if you see something, say something,” said of the Guerra.

The CMPD assisted the Cabarrus County Sheriff’s Office and the Concord Police Department on Tuesday. Cabarrus and Concord communicate with the FBI about these threats.

The CMPD participated in the CMS School Surveys on Wednesday. CMS police did not contact the FBI Wednesday afternoon.

CMS confirmed that they are communicating with leaders of the Mooresville School District and Cabarrus County Schools about the threats that have been made to their schools.